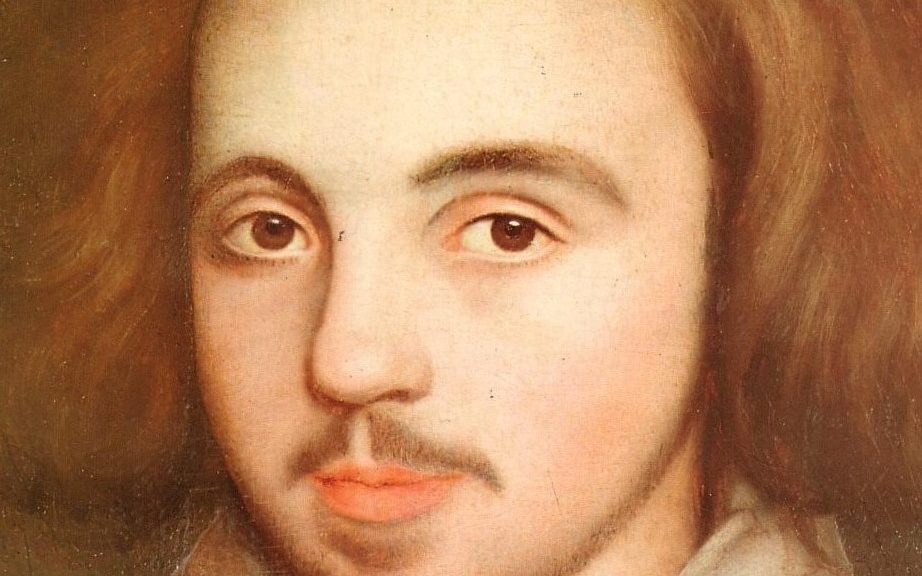 CHRISTOPHER MARLOWE, English dramatist was born (d. 1593); English dramatist, poet, and translator of the Elizabethan era, Marlowe was the foremost Elizabethan tragedian before William Shakespeare, and is known for his magnificent blank verse, his overreaching protagonists, and his own untimely death. Marlowe is often described today as homosexual. Some believe that the question of whether an Elizabethan was “gay” or “homosexual” in a modern sense is anachronistic; for the Elizabethans, what is often today termed homosexual or bisexual was more likely to be recognized as simply a sexual act, rather than an exclusive sexual orientation and identity. There is, perhaps, even some wisdom in this.

Two documents suggest that Marlowe was homosexual. The most graphic is the testimony of Richard Baines, an informer who made a long list of allegations against Marlowe after his arrest. Most of these allegations concern Marlowe’s atheism, but Baines also claimed that Marlowe said “all they that love not tobacco and boys were fools” and that “St John the Evangelist was bedfellow to Christ and leaned always in his bosom, that he used him as the sinners of Sodom”.

In  1593, Marlowe’s one-time room-mate and fellow dramatist, Thomas Kyd was imprisoned and interrogated after atheistic papers were found in his room. Claiming the papers belonged to Marlowe, Kyd later produced a list detailing some of Marlowe’s “monstrous opinions,” which included the claim that Marlowe “would report St. John to be our saviour Christ’s Alexis … that is, that Christ did love him with an extraordinary love.”

In addition, it has been pointed out that there is no evidence of any marriage or female companionship for Marlowe. Some scholars argue that the documentary evidence is inconclusive and that the reports of Marlowe’s sexuality may simply be exaggerated rumors produced after his death. David Bevington and Eric Rasmussen describe Baines’s evidence as “unreliable testimony” and make the comment: “These and other testimonials need to be discounted for their exaggeration and for their having been produced under legal circumstances we would regard as a witch-hunt.” It has also been noted that Kyd’s evidence was given after torture, and thus may have little connection to reality.

Marlowe’s writing is notable for its homoerotic themes.

Edward II (c.1592) is one of the very few English Renaissance plays to be concerned with homosexuality, since Edward II of England had that reputation. The portrayal of Edward and his love, Piers Gaveston, is unflattering, but so too is the portrayal of the barons who usurp him, and the play’s numerous modern revivals have demonstrated that Edward’s tragic decline and death can elicit sympathetic responses; it is thus conceivable that some contemporary audience members might have responded similarly.

In Dido, Queen of Carthage, he opens with a scene of Jupiter “dandling Ganymede upon his knee” and says “what is’t, sweet wag, I should deny thy youth?, whose face reflects such pleasure to mine eyes.” Venus complains during the play that Jupiter is playing “with that female wanton boy.”

In Hero and Leander, Marlowe writes of the male youth Leander, “in his looks were all that men desire” and that when the youth swims to visit Hero at Sestos, the sea god Neptune becomes sexually excited, “imagining that Ganymede, displeas’d… the lusty god embrac’d him, call’d him love… and steal a kiss… upon his breast, his thighs, and every limb”, while the boy naive and unaware of Greek love practices said that, “You are deceiv’d, I am no woman, I… Thereat smil’d Neptune.”

The mere inclusion of same-sex love themes in Marlowe’s works has been seen as signifying a biographical interest. Diligent classicists often mimicked the homosexual themes they found in Greek and Roman texts (as Edmund Spenser did in The Shepheard’s Calendar), but Marlowe accords these themes more prominence than almost any other writer besides Richard Barnfield. In conjunction with the rumors preserved in the historical record, the prominence of homosexual themes in Marlowe’s work has led, especially in the 20th century, to a presumption of interest in same-sex love (although not necessarily of homosexual activity). For more on this, see the Spring 2008 issue of White Crane, Ancestors.