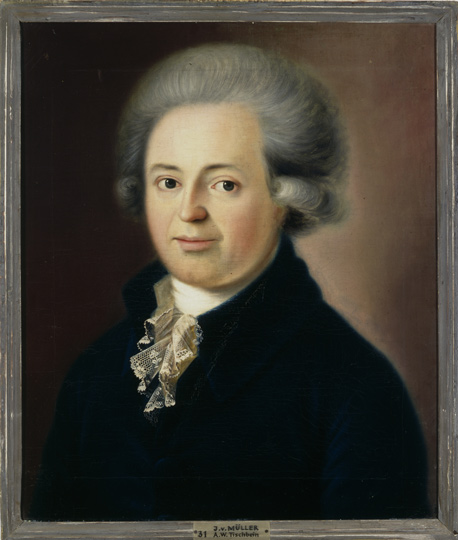 JOHANNES VON MÜLLER, Swiss historian, born (d: 1809); That the name of this once famous Swiss historian is hardly a household name is not exactly surprising. It would probably be easier to climb the Matterhorn in a blizzard than to tackle Müller’s Geschichten der Schweizer (Swiss History), a project that occupied most of his life and took him more than forty years to complete.

And it would probably be more practical to climb the Matterhorn as well, since Müller’s tome (eighteen volumes in the French translation) is now considered hopelessly unreliable, even though in its day it stirred Swiss nationalism and had profound influence.

Müller’s place here is due to his favorite extracurricular activity – writing love letters to Charles Victor de Bonstetten, a young, devastatingly handsome Swiss writer whose greatest talent was apparently turning on academic types who had passed through menopause at age 22. (Charlie will surface again in these pages when he causes that grayest of English poets, Thomas Gray, to do nip-ups at age 53.)

Müller’s love letters, among the loveliest ever penned, were published in 1835, twenty-five years after his death. Long before then, however, Goethe had gone on record declaring Müller’s sexuality. It was another classic case of it taking one to know one.