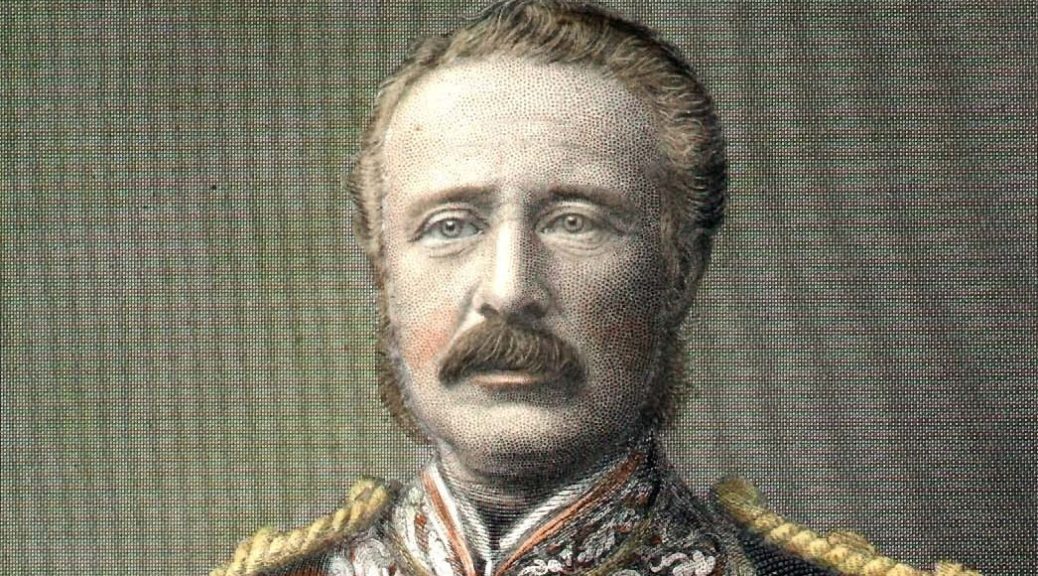 CHARLES GEORGE “CHINESE” GORDON British soldier and administrator born (d. 1885); A military hero of imperial Britain and a martyr at Khartoum, Gordon worried constantly about his inability to score with women, several times wishing himself either a eunuch or a corpse. His wish to die in battle, which was eventually granted him, no doubt accounted for his almost legendary bravery.

He made his military reputation in China, where he was placed in command of the “Ever Victorious Army”, a force of Chinese soldiers led by European officers. In the early 1860s, Gordon and his men were instrumental in putting down the Taiping Rebellion, regularly defeating much larger forces. For these accomplishments, he was given the nickname “Chinese Gordon” and honors from both the Emperor of China and the British. He also liked dressing in elaborately embroidered Asian costume as was the fashion in the day.

Although the record shows that he surrounded himself with beautiful young men, his sense of honor and his religious convictions make it doubtful that his soul was ever sullied, no less his pud. Still, he found a novel way to gratify his senses. He was fond of picking up street urchins, bathing them, feeding them, and mending their clothes with his own needle and thread. Wasn’t that sweet of him?