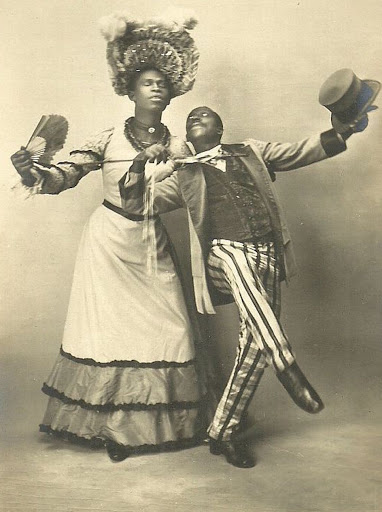 WILLIAM DORSEY SWANN (c. 1858) was an American gay liberationist activist. He was born into slavery, so we can only guess at the date of his birth. He was the first person in the United States to lead a queer resistance group and the first known person to self-identify as a “queen of drag.”

Swann was a slave in Hancock Maryland and was freed by Union soldiers after the Emancipation Proclamation went into effect.

During the 1880s and 1890s, Swann organized a series of balls in Washington D.C. He called himself the “queen of drag”. Most of the attendees of Swann’s gatherings were men who were former slaves, and were gathering to dance in their satin and silk dresses. Because these events were secretive, invitations were often quietly made at places like the YMCA.

Swann was arrested in police raids numerous times, including in the first documented case of arrests for female impersonation in the United States, on April 12, 1888. In 1896, he was falsely convicted and sentenced to 10 months in jail for “keeping a disorderly house”, i.e., running a brothel. After his sentencing, he requested a pardon from President Grover Cleveland who blanched and took to his chambers, requesting his salts. Which is to say the request was denied, but Swann was the first American on record who pursued legal and political action to defend the LGBTQ community’s right to gather.

Swann was known to have been close with Pierce Lafayette and Felix Hall, two men who had also both been slaves and who formed the first known male same-sex relationship between enslaved Americans.

When Swann stopped organizing and participating in drag events, his brother continued to make costumes for the drag community. Two of his brothers had also been active participants in Swann’s drag balls. Swann is the subject of the upcoming non-fiction book The House of Swann by Channing Joseph, set for publication by Picador in 2021.