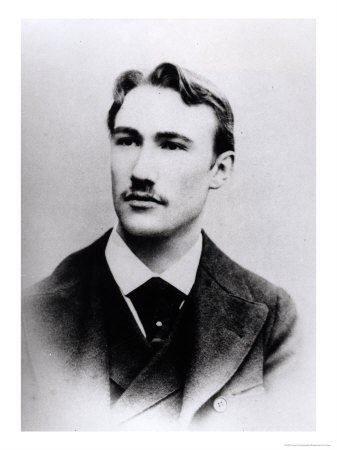 ANDRÉ GIDE, French writer and Nobel laureate was born (d. 1951); French author and winner of the Nobel Prize in Literature in 1947. Gide’s career spanned from the symbolist movement to the advent of anti-colonialism in between the two World Wars.

Known for his fiction as well as his autobiographical works, Gide exposes to public view the conflict and eventual reconciliation between the two sides of his personality, split apart by a straight-laced education and a narrow social moralism. Gide’s work can be seen as an investigation of freedom and empowerment in the face of moralistic and puritan constraints, and gravitates around his continuous effort to achieve intellectual honesty. His self-exploratory texts reflect his search of how to be fully oneself, even to the point of owning one’s sexual nature, without at the same time betraying one’s values. His political activity is informed by the same ethos, as suggested by his repudiation of communism after his 1936 voyage to the Soviet Union.

In 1908, Gide helped found the literary magazine Nouvelle Revue Francaise (The New French Review). In 1916, Marc Allégret, 16, became his lover. He was the son of Elie Allegret, best man at Gide’s wedding. Of Allegret’s five children, Andre Gide adopted Marc. The two eloped to London, in retribution for which his wife burned all his correspondence, “the best part of myself,” as he was later to comment. In 1918, he met Dorothy Bussy, who was his friend for over thirty years and who would translate many of his works into English.

In the 1920s, Gide became an inspiration for writers like Albert Camus and Jean-Paul Sartre. In 1923, he published a book on Fyodor Dostoyevski; however, when he defended homosexuality in the public edition of Corydon (1924) he received widespread condemnation. He later considered this his most important work.