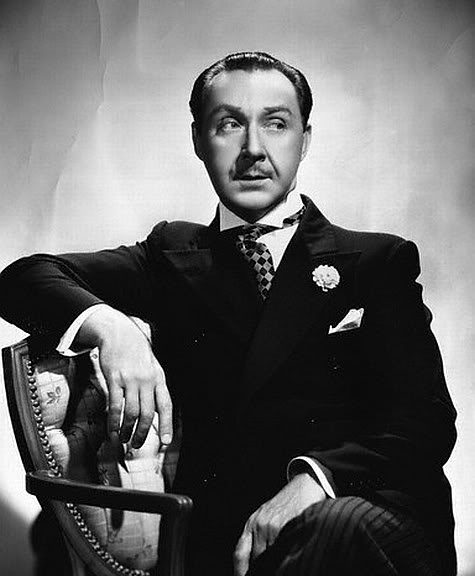 The professional “pansy” actor FRANKLIN PANGBORN was born in Newark, New Jersey. If you don’t know the name you’ve seen his work in old late late show movies. The character actor appeared in dozens of comedies always playing prissy, fluttery clerks, bank tellers, assistant hotel managers, and department store floorwalkers. He appeared in many Preston Sturges movies as well as  the W.C. Fields films “International House,” “The Bank Dick,”  and “Never Give a Sucker an Even Break.” Pangborn was an effective foil for many major comedians, including Fields, Harold Lloyd, Olsen and Johnson, and The Ritz Brothers. He appeared regularly in comedies and musicals of the 1940s. When movie roles became scarce, he worked in television. For a time Pangborn was the announcer on Jack Paar’s Tonight Show.

In his book “Screened Out: Playing Gay in Hollywood from Edison to Stonewall“, the film scholar Richard Barrios wrote that some people “will praise the artistry of Pangborn as they bemoan its misuse, while others will prefer to revel in both the subversiveness of it all and the actor’s skill. Still others will just shut the whole matter out and deny that there were any Gay characters in film prior to the late 1960s.”

In his essay, “Laughing Hysterically: Sex, Repression, and American Film Comedy,” the scholar Ed Sikov argues that Pangborn probably appeared “in more screwball comedies than any other actor — “My Man Godfrey”, “Easy Living”, “Bluebeard’s Eighth Wife”, “A Girl, a Guy and a Gob”, “The Palm Beach Story”, “Vivacious Lady”, “Mr. Deeds Goes to Town”, “Design for Living”, “Joy of Living”, “Topper Takes a Trip”, and “Fifth Avenue Girl” — probably because his character (the fussy, flustered, silly, and temperamental proto-gay male) fits perfectly into screwball’s world of urban extremism. A deft comedian, Pangborn elevated effeminacy into an art form. He makes himself an object of mockery in film after film, but he never gives up his dignity.”

Pangborn died on July 20, 1958 after undergoing surgery. For his contributions to motion pictures, He has a star on the Hollywood Walk of Fame at 1500 Vine Street.