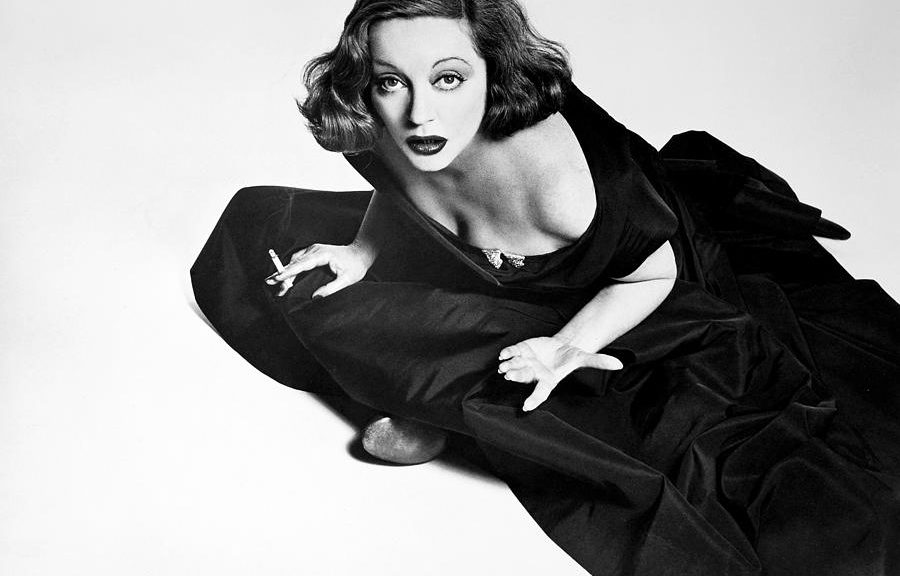 American legend of stage and screen TALLULAH BANKHEAD was born in Huntsville, Alabama and show business has never been the same. Let’s just start with if Tallulah Bankhead hadn’t existed someone would have had to invent her.

In 1923, she made her debut on the London stage, where she was to appear in over a dozen plays in the next eight years, most famously, The Dancers. Her fame as an actress was ensured in 1924 when she played in the 1925 Pulitzer Prize winning They Knew What They Wanted. She was famous not only as an actress but also for her many affairs, infectious personality and witticisms like “There is less to this than meets the eye” and “I’m as pure as the driven slush.” She was brash, brazen and apt to say anything. And usually did.

This trait made her widely popular. She was known for her enthusiastically promiscuous behavior and had the reputation of being sexually available to anyone she found attractive, famous or not. By the end of the decade, she was one of the West End’s — and England’s — best-known and most notorious celebrities. She may well have coined the definition of “promiscuous”: Anyone who has more sex than you.

Promiscuity came naturally to Bankhead and she went to bed with anyone who was interested. She professed to having a ravenous appetite for sex, but not for a particular type. “I’ve tried several varieties of sex. The conventional position makes me claustrophobic. And the others give me either stiff neck or lockjaw,” she said. Once, at a party, one of her friends brought along a young man who boldly told Bankhead that he wanted to make love to her that night. She didn’t bat an eye and said, “And so you shall, you wonderful old-fashioned boy.”

She returned to the US in 1931 to be Paramount Pictures’ “next Marlene Dietrich”, but Hollywood success eluded her in her first four films of the 30s. Critics agree that her acting was flat, that she was unable to dominate the camera, and that she was generally outclassed by Dietrich, Carole Lombard, and others. Bankhead’s first film was the George Cukor directed Tarnished Lady (1931). Cukor and Bankhead became fast friends. Bankhead herself was not very interested in making films. The opportunity to make $50,000 per film, however, was too good to pass up.

Following the release of the Kinsey Reports, she was once quoted as stating; “I found no surprises in the Kinsey Report. The good doctor’s clinical notes were old hat to me…I’ve had many momentary love affairs. A lot of these impromptu romances have been climaxed in a fashion not generally condoned. I go into them impulsively. I scorn any notion of their permanence. I forget the fever associated with them when a new interest presents itself.”

Thus, comments such as that quoted above and many other actions in her life led to her reputation, of which she never made excuses. She was outspoken and uninhibited but she successfully avoided scandal related to her affairs, regardless of the gender of her lovers. She was known to have stripped off her clothes on several occasions while attending parties, which shocked people in attendance, but nonetheless she remained magnetic to those who knew her well. Her personality, it was said, made her almost irresistible as a friend, or a lover.

Rumors about her sex life have lingered for years, and she was linked romantically with many notable female personalities of the day, including Garbo, Dietrich, Eva Le Gallienne, Laurette Taylor, Hattie McDaniel, and Alla Nazimova, as well as writer Mercedes de Acosta and singer Billie Holiday. She was reportedly extremely excited when she was first able to meet the elusive Garbo, but whether they were sexually involved has never been determined beyond a doubt. The two women played tennis together often, and were said to have enjoyed one another’s company, but Garbo was extremely protective of her private life and secretive about her lovers. Bankhead was married to actor John Emery from 1937 to 1941.

In 1932, she expressed some interest in spirituality, but did not outwardly pursue it, except for a time when she met with the Indian mystic, Meher Baba.In 1933, Bankhead nearly died following a five-hour emergency hysterectomy for an advanced case of gonorrhea, which she claimed she contracted either from George Raft or Gary Cooper. Only 70 pounds when she left the hospital, she stoically said to her doctor, “Don’t think this has taught me a lesson!”

In 1934, after recuperating in Alabama, she returned to England. After only a short stay, she was called back to New York to play in Dark Victory. She continued to play in various performances over the next few years, mostly mediocre. Nevertheless, David O. Selznick called her the “first choice among established stars” to play Scarlett O’Hara. However, moviegoers answering a poll thought otherwise. Her screen test for Gone with the Wind put her out of the running for good. Selznick decided that she was too old (an ancient 34) for Scarlett’s antebellum scenes. Unable to capture Hollywood, Bankhead returned to her most-loved acting medium, the stage.

On Broadway, Bankhead’s career stalled in unmemorable plays until she played the cold and ruthless Regina Giddens in Lillian Hellman’s The Little Foxes (1939) a roll she was, perhaps, born to play. Her portrayal won her the New York Drama Critics’ Circle Award for Best Performance, but Bankhead and Hellman feuded over the Soviet Union’s invasion of Finland. Bankhead (a staunch anti-Communist) was said to want a portion of one performance’s proceeds to go to Finnish relief, while Hellman (an equally staunch Stalinist) objected strenuously and the two women didn’t speak for the next quarter of a century.

More success and the same award followed her 1942 performance in Thornton Wilder’s The Skin of Our Teeth, in which Bankhead played Sabina, the housekeeper and temptress, opposite Fredric March and Florence Eldridge (Mr. and Mrs. Antrobus, and also husband and wife offstage). During the run of the play, some media accused Bankhead of a running feud with the play’s director, Elia Kazan, a story Kazan confirmed in his autobiography, averring as how that Bankhead was one of the few people in his life that he ever actually detested.

Tallulah Bankhead’s career slowed in the mid-1950s, but she never faded from the public eye. Although she had become a heavy drinker and consumer of sleeping pills (she was a life-long insomniac), Bankhead continued to perform in the 1950s and 1960s on Broadway, in the occasional film, as a highly-popular radio show host, and in the new medium of television. Her last motion picture was a British horror film Fanatic (1965) co-starring Stefanie Powers, which was released in the U.S. as Die! Die! My Darling!. Her last appearance on screen came in March 1967 as the villainous Black Widow in the Batman TV series.

The stories about Bankhead are legendary and perhaps apocryphal: A sampling:

In 1944, Alfred Hitchcock cast her as the cynical journalist, Constance Porter, in Lifeboat. The performance is widely acknowledged as her best on film, and won her the New York Film Critics Circle Award. Almost childlike in her immodesty, a beaming Tallulah accepted her trophy and exclaimed, “Dahlings, I was wonderful!”

Bankhead circulated widely in the celebrity crowd of her day, and was a party favorite for outlandish stunts such as underwear-less cartwheels in a skirt or entering a soirée stark naked. According to author Brendan Gill, when Bankhead entered the hospital for an illness, an article was headed “Tallulah Hospitalized, Hospital Tallulahized.” This headline was a testament to Bankhead’s large, charismatic personality (which inspired much of the “personality” of the character Cruella De Vil in Disney’s 101 Dalmatians).

Bankhead was also a fan of the soap opera, The Edge of Night. It has been said that after watching a female character agonize over a man, Bankhead contacted the producers of the show and said, “Why doesn’t she just shoot the bastard?”