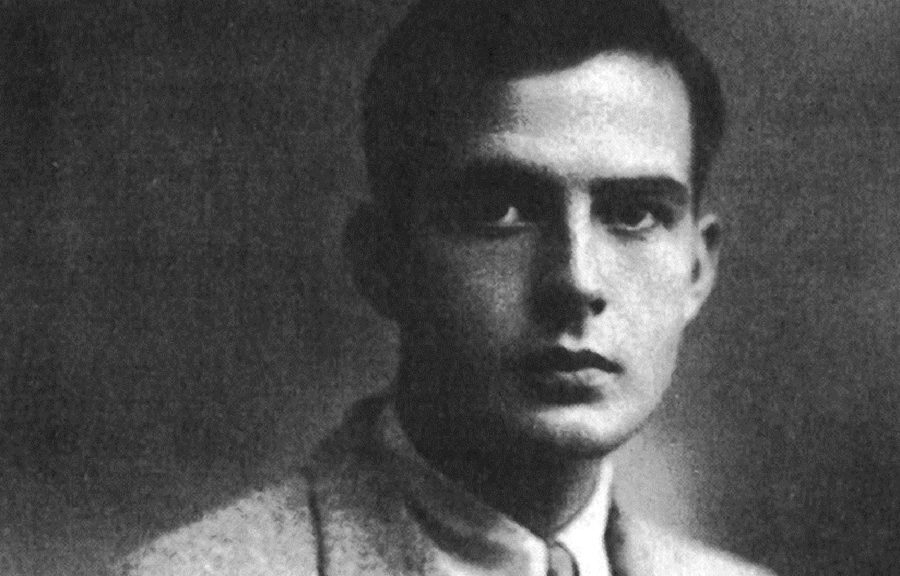 On this date the American composer SAMUEL BARBER was born. A prolific composer of music ranging from orchestral, to opera, choral, and piano music, Barber is probably best known for his “Adagio for Strings” which was an immediate success after being performed by the NBC Symphony Orchestra under the direction of Arturo Toscanini in 1938. Toscanini had very rarely performed music by American composers before. At the end of the first rehearsal of the piece, Toscanini remarked: “Semplice e bella” (“simple and beautiful”). Barber was 28 years old at the time. The composition would became an important piece of the 20th century classical repetoire. It has been heard in films such as Platoon, The Elephant Man, El Norte, Amélie, Lorenzo’s Oil and Reconstruction. In 1945, it was played at the funeral of Franklin D. Roosevelt.

The great love of Barber’s life was probably the composer Gian Carlo Menotti. The two met when Barber was 18 years old and Menotti arrived at the Curtis Institute, where Barber was a student. Menotti and Barber instantly found a connection, one which started as a shared passion for similar music styles and drifted slowly into a passionate sexual relationship. Around the campus, their “close relationship” was well known. But this was an artistic institute and few of the other students cared for prejudice. With all minds, eyes and ears focused on music, the boys were able to conduct a blossoming relationship undisturbed.

After leaving the Curtis Institute, Barber and Menotti travelled around Europe after Barber won a Pulitzer Travel Grant and the award was immediately followed by another; the American Prix de Rome, allowing him to study at the American Academy, itself based in Rome. It was there that Barber was to produce one of the greatest pieces of music ever written, the Adagio for Strings.

With the Adagio’s near immediate success there came recording contracts and several commissions. When war broke out, the couple both managed to avoid active service, Menotti through his Italian nationality, Barber by joining the band of the American Air Corps. After the war was over, the couple bought a large house in New York with the intention of living and writing there together for the rest of their lives. Barber continued to work on choral pieces as well as his symphonies. Barber would win two Pulitzers, for a piano concerto and for an opera based on a libretto by Menotti.

Although his work was on a high, Barber found it hard to live up to the early success of the Adagio and he eventually slipped into a deep depression. He split with his long-term partner Menotti and moved to Switzerland, living in almost total seclusion. Menotti moved to other successes and eventually married.

Barber died of cancer in 1981 in New York City at the age of 70. In fact, he died on his birthday. Menotti was at his side when Barber died.