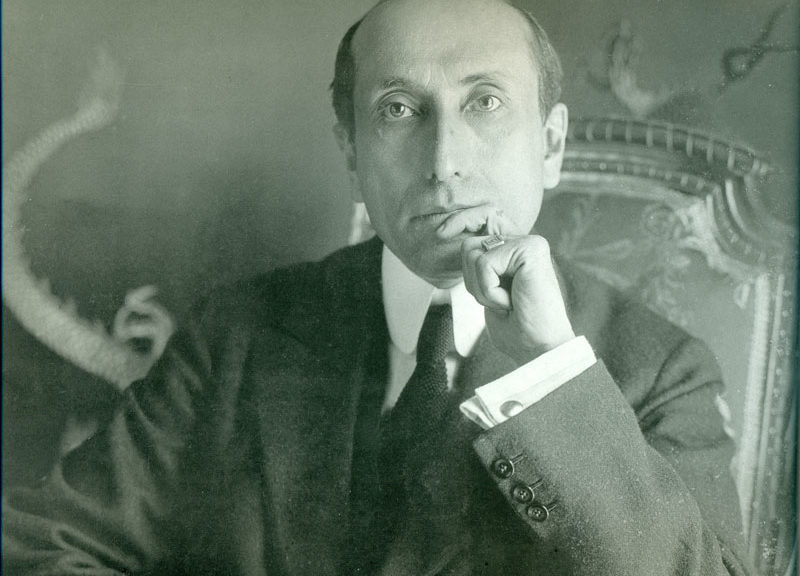 AMADO NERVO died on this date. (b: 1870) Also known as Juan Crisóstomo Ruiz de Nervo he was the Mexican Ambassador to Argentina and Uruguay, a journalist, poet, and educator. His poetry was known for its use of metaphor and reference to mystoicism, presenting both love and religion, as well as Christianity and Hinduism. Nervo is noted as one of the most important Mexican poets of the 19th century.

In 1898, Nervo founded, along with Jesús Valenzuela, La Revista Moderna (The Modern Magazine). The magazine was the successor to Blue. He was the cousin of the renowned artist, Roberto Montenegro Nervo. His cousin’s first illustrations were produced for La Revista Moderna magazine. In 1902, Nervo wrote “La Raza de Bronce (The Bronze Race)” in honor of Benito Juarez, former president of Mexico. In 1919, Bolivian writer Alcides Arguedas used the term in his novel, Raza de Bronce. In 1925, the term was used by Mexican luminary, Jose Vasconcelos in his essay, La Raza Cosmica.

Nervo spent the first years of the 20th century in Europe, particularly in Paris. While there, he was an academic correspondent of the Academia Mexicana de la Lengua. While in Paris, Nervo befriended Enrique Gomez Carrillo and Aurora Caceres for whom he wrote a prologue for the book La rosa muerta.

In November, 2012, the University of Arizona acquired a privately-held collection of manuscripts and letters created by Nicaraguan poet, Ruben Dario. This distinctive collection of archival material contained documents pertaining to Darío’s life and work as a poet, journalist and diplomat.Several of the manuscripts are signed transcripts, written in Darío’s hand, of some of his most important works including “Coloquio de los Centauros,” two versions of “Los motivos del lobo” and “Canto épico a las glorias de Chile,” a manuscript of 76 pages, which was one of Darío’s first long poems.

The documents altered the scholarship on Darío and Nervo. The peer-reviewed “Bulletin of Spanish Studies,” a prestigious academic journal from the United Kingdom, published an article by Professor Acereda in its August 2012 issue based on letters found in ASU’s collection. The article, “‘Nuestro más profundo y sublime secreto’: Los amores transgresores entre Rubén Darío y Amado Nervo,” (“Our Most Profound and Sublime Secret: the Transgressive Love of Ruben Dario and Amado Nervo”) reveals for the first time a secret romantic relationship between Darío and Nervo.