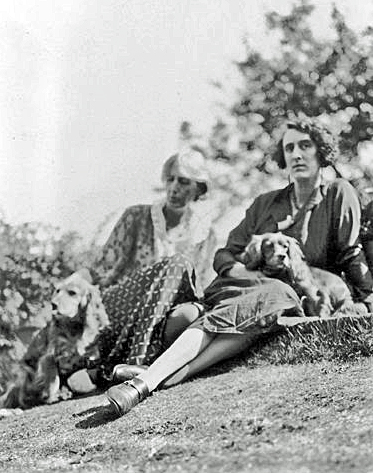 VITA SACKVILLE-WEST writes a love letter, dated this date, to VIRGINIA WOOLF that begins their love affair.  The affair between Virginia and Vita, who were both married, was not considered shocking within Virginia’s bohemian social circle — The Bloomsbury Group was accepting of bisexuality and open marriages.

Vita was a huge cheerleader for Virginia, trying to build her confidence to leave her self-imposed isolation and to believe in her skills as a writer. The letters between the two writers, The Letters of Vita Sackville-West to Virginia Woolf, have become one of lesbian history’s most treasured works, and Virginia’s novel Orlando was inspired by Vita.

They met in 1922 and were friends for a few years before the relationship turned sexual, as faithfully documented in Virginia’s diaries. Although the affair ended in 1927 or 1928, they remained close friends.