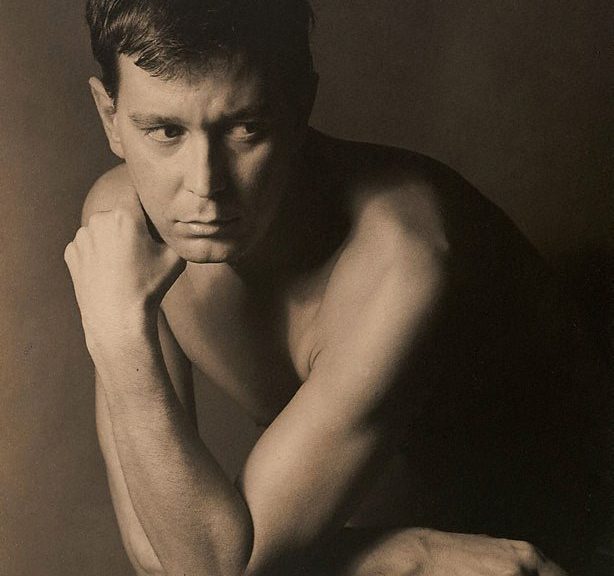 JOE ORTON  the British playwright of What the Butler Saw was born on this date (d: 1969); “I have high hopes of dying in my prime,” Joe Orton confided to his diary in July 1967, when he was only 34 years old. Less than one month later, Britain’s most promising comic playwright was murdered by his lover, Kenneth Halliwell, in the London flat they had shared for fifteen years.

By then, Orton had already attracted a coterie with his outrageous black farces, notably Entertaining Mr. Sloane (1964) and Loot (1966), both of them savagely comic expressions of his contempt for social institutions (in classic Gay archetypal form as the contrary, the jester and the fool) as well as his delight in shocking people.

His twitting of authority first came into public view when he and Halliwell were arrested for having mutilated, and then pasted pornography in over 200 library books. His ensuing six months prison sentence confirmed his conviction that a mere façade covers the hypocrisy (a note here about the recurring “hypocrisy” theme here, on the turning of the year, on a month named for the two-faced Roman god Janus…coincidence?) and viciousness of the police, as well as those of the Church and most other social institutions, including sex – in and out of the marriage bed.

Orton’s life with Halliwell was very much a Gay version of A Star is Born, with Halliwell the struggling, unpublished writer fading into obscurity as his wildly promiscuous (another note: the definition of “promiscuous”? “Anyone who has more sex than you do.”…if that isn’t Orton, it should be) lover became famous.

A few months before Halliwell bashed in Orton’s skull with a hammer and then killed himself, Orton had reflected in his diary on having allowed a one-night stand to mount and enter him: “It was a most unappetizing position for an internationally-known playwright to be in.” When, two months later, his body was found, it was lying ass-up in a pool of blood.