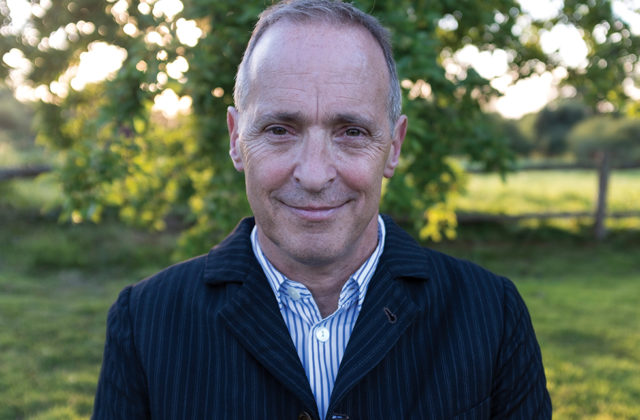 He published his first collection of essays and short stories, Barrel Fever, in 1994. Each of his four subsequent essay collections, Naked (1997) Holidays on Ice (1997), Me Talk Pretty One Day (2000), and Dress Your Family in Corduroy and Denim (2004), have become New York Times Best Sellers. As of 2004, his books had collectively sold 2.5 million copies.

Much of Sedaris’ humor is autobiographical and self-deprecating, and it often concerns his family life, his middle class upbringing in the suburbs of Raleigh, NC, Greek heritage, various jobs, education, drug use, sexuality and his life in France with his partner, Hugh Hamrick.

Sedaris released Squirrel Seeks Chipmunk: A Modest Bestiary, a collection of fables “detailing animals in strange adult situations”, in September 2010. His ninth book, Let’s Explore Diabetes with Owls, was released in April 2013. He participated in Do I Sound Gay?, a documentary film by David Thorpe about stereotypes of gay men’s speech patterns. And he appeared along with his sister, Amy Sedaris, as special guest judges on season 8 episode 8 of RuPaul’s Drag Race.