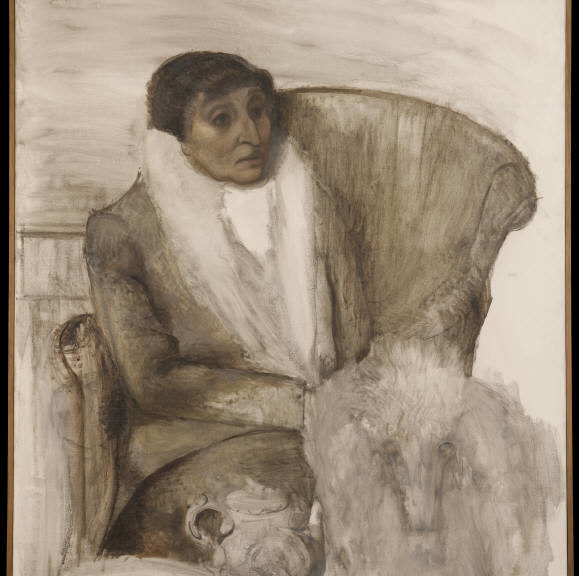 ALICE B. TOKLAS, American companion to Gertrude Stein, died (b. 1877); The life partner of writer Gertrude Stein, as Stein’s confidante, lover, cook, secretary, muse, editor, critic, and general organizer, Toklas remained a background figure, chiefly living in the shadow of Stein, until Stein published her memoirs in 1933 under the teasing title The Autobiography of Alice B. Toklas

Ironically it became Stein’s bestselling book. The two were a couple until Gertrude Stein’s death in 1946. After the death of Gertrude Stein, Toklas published her own literary memoir, a 1954 book that mixed reminiscences and recipes under the title The Alice B. Toklas Cookbook. The most famous recipe therein (actually contributed by her friend Brion Gysin) was called “Hashisch [sic] Fudge”, a mixture of fruit, nuts, spices, and “canibus sativa” [sic], or marijuana. It is more of a spiced fruitcake than a fudge.

“Take 1 teaspoon black peppercorns, 1 whole nutmeg, 4 average sticks of cinnamon, 1 teaspoon coriander. These should all be pulverized in a mortar. About a handful each of stone dates, dried figs, shelled almonds and peanuts: chop these and mix them together. A bunch of canibus sativa can be pulverized. This along with the spices should be dusted over the mixed fruit and nuts, kneaded together. About a cup of sugar dissolved in a big pat of butter. Rolled into a cake and cut into pieces or made into balls about the size of a walnut, it should be eaten with care. Two pieces are quite sufficient. Obtaining the canibus may present certain difficulties…. It should be picked and dried as soon as it has gone to seed and while the plant is still green.”

Her name was later lent to the range of cannabis concoctions called “Alice B. Toklas brownies.” The cookbook has not been out of print since it was published. A second cookbook followed in 1958 called “Aromas and Flavors of Past and Present,” however Toklas did not approve of it as it had been heavily annotated by Poppy Cannon, an editor from House Beautiful magazine. She also wrote articles for several magazines and newspapers including The New Republic and the New York Times. In 1963 she published her autobiography, What Is Remembered, which abruptly ends with Stein’s death, leaving little doubt that Stein was the love of her lifetime.