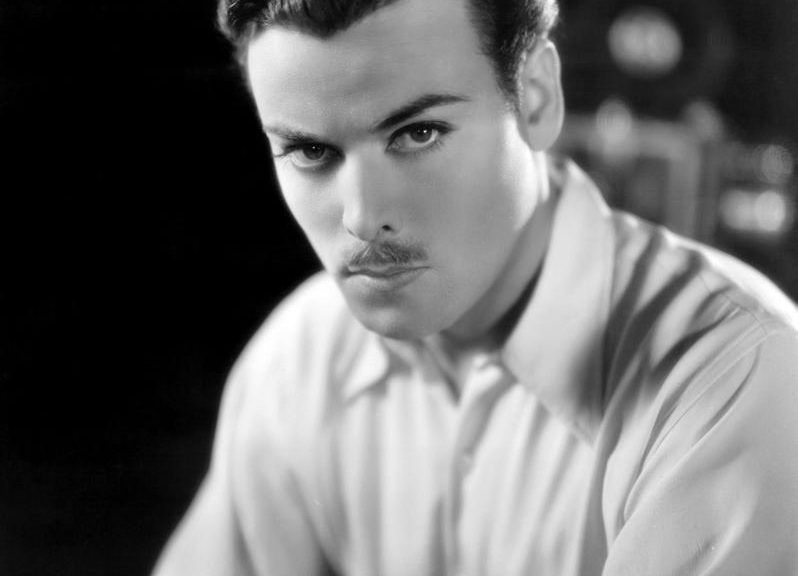 NILS ASTHER (b: 1897) was a Swedish actor who died on this date. Asther was active in Hollywood from 1926 to the mid-1950s. He known for his beautiful face and was often called “the male Garbo”.

Between 1916 and 1963 he appeared in over 70 feature films, 16 of which were produced in the silent era. He didn’t seek publicity, choosing instead to be alone. He is mainly remembered today for two silent films he made with his fellow Swede, Greta Garbo, and the pre-code interracial love affair in The Bitter Tea of General Yen.

Asther was a Gay man in a time when it was a stigma to be Gay. He grew up in a deeply religious Lutheran home, believing homosexuality was a sin and society viewed homosexuality as a disease. In Sweden it was called “unnatural fornication.” While sexual relations between adults of the same sex were legalized in 1944, the medical classification of homosexuality as a form of mental disorder continued until 1979.

The theatrical community and the film industry in the 1920s accepted Gay actors with little reservation, always provided they remained discreet about their sexual orientation and there was no public suggestion of impropriety. Asther was closeted. He proposed marriage to  Greta Garbo to hide the true nature of his (not to mention her) sexual preferences. Asther and Garbo had known each other in Sweden, and finding themselves relatively new to a foreign land they spent a great deal of time together. They often visited a friend’s ranch outside Hollywood where they could relax, ride horses, go climbing, or swim at Lake Arrowhead. “Sailor” was a favored term for Greta Garbo’s male, Gay/bisexual friends. In 1929 during filming on location in Catalina filming The Single Standard with Nils Asther, she was overheard berating the actor for grabbing her so roughly. “I’m not one of your sailors,” she reminded him.

Rumors exist from the early 1930s that Nils had relationships with Swedish director Mauritz Stiller and Swedish writer Hjalmar Bergman and with other male colleagues. Nils mention some of this in his memoirs. He had a long term relationship with actor/stuntman and World War II navy soldier Ken DuMain. According to Ken DuMain, he met Asther on Hollywood Boulevard in the early 1940s and they enjoyed a long-term relationship.

In August 1930, Nils entered a lavender marriage, with one of his Topsy and Eva co-stars, Vivian Duncan. They had one child, Evelyn Asther Duncan, nicknamed in the media as “the international Baby” due to her Swedish father, American mother, and Bavarian birth. Their daughter’s nationality was debated and Asther offered to apply for American citizenship if it would help the process of getting their daughter into America. Right from the start, Asther and Duncan’s marriage proved stormy and became fodder for the tabloids. They divorced in 1932.

Asther died in hospital in Sweden.