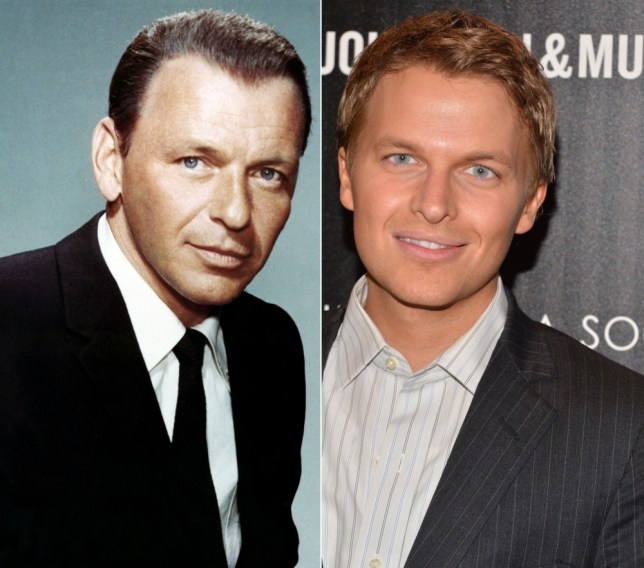 Satchel RONAN FARROW is an American journalist born on this date. The son of actress Mia Farrow and, putatively, filmmaker Woody Allen, he is known for writing the 2017 articles in The New Yorker that helped uncover allegations of sexual abuse against film producer, Harvey Weinstein. For this reporting, The New Yorker won the 2018 Pulitzer for Public Service, sharing the award with The New York Times. Farrow’s subsequent investigations exposed similar allegations against politician Eric Schneidermann, media executive Les Moonves, and Justice Brett Kavanaugh. He is also known for making regular appearances on the NBC morning program Today.

As a child, Farrow skipped grades in school and took courses with the Center for Talented Youth. He attended  Bard College at Simon’s Rock, later transferring to Bard College for a B.A. in philosophy, where he became the youngest graduate of that institution at age 15. In 2009, he received a J.D. from Yale Law School, and he later passed the New York State Bar examination.

In 2011, Farrow was appointed by Secretary of State Hillary Clinton as her Special Adviser for Global Youth Issues and Director of the State Department’s Office of Global Youth Issues. The office’s creation was the outcome of a multi-year task-force appointed by Clinton to review the United States’ economic and social policies on youth, for which Farrow co-chaired the working group with senior United States Agency for International Development staff member David Barth beginning in 2010. Farrow’s appointment and the creation of the office were announced by Clinton as part of a refocusing on youth following the Arab Spring revolutions. Farrow was responsible for U.S. youth policy and programming with an aim toward “empower[ing] young people as economic and civic actors.” Farrow concluded his term as Special Adviser in 2012, with his policies and programs continuing under his successor.

He has written essays, op=eds, and other pieces for The Guardian, Foreign Policy magazine, The Atlantic, The Wall Street Journal, the Los Angeles Times and other periodicals. In October 2013, Penguin Press acquired Farrow’s book, Pandora’s Box: How American Military Aid Creates America’s Enemies, scheduling it for 2015 publication. From February 2014 through February 2015, Farrow hosted Ronan Farrow Daily, a television news program that aired on MSNBC.

Farrow hosted the investigative segment “Undercover with Ronan Farrow” on NBC’s Today. Launched in June 2015, the series was billed as providing Farrow’s look at the stories “you don’t see in the headlines every day”, often featuring crowd-sourced story selection and covering topics from the labor rights of nail salon workers to mental healthcare issues to sexual assault on campus.

On May 11, 2016, The Hollywood Reporter published a guest column by Farrow in which he drew comparisons between the long-term absence of journalistic inquiry into the rape allegations leveled against Bill Cosby and the sexual abuse allegations leveled against Woody Allen by Farrow’s sister, Dylan Farrow (who was 7 years old at the time of the alleged abuse). Farrow detailed first-hand accounts of journalists, biographers, and major publications purposefully omitting from their work decades of rape allegations targeting Cosby. Similarly, Farrow recounts the efforts of Allen’s publicist, Leslee Dart, to mount a media campaign focused on countering Dylan Farrow’s allegations, while at the same time vindicating Allen.

As of August 2019, Farrow resided in the Lower East Side of Manhattan. He publicly identified as part of the LGBT community in 2018. Farrow began dating podcast host and former presidential speech writer Jon Lovett in 2011. The two became engaged in 2019 after Farrow wrote a proposal to Lovett in the Catch and Kill: Lies, Spies, and a Conspiracy to Protect Predators book’s draft. The couple bought a $1.87 million home in Los Angeles in August 2019.

Farrow is estranged from his father, Woody Allen. After Allen married Soon-Yi Previn, the adopted daughter of Mia Farrow and Andre Previn, Farrow commented, “He’s my father married to my sister. That makes me his son and his brother-in-law. That is such a moral transgression.”

In a 2013 interview with Vanity Fair, Mia Farrow stated that Ronan could “possibly” be the biological child of singer Frank Sinatra, with whom she said she “never really split up. Sinatra’s daughter Nancy dismissed the idea that her father is the biological father of Ronan Farrow, calling it “nonsense”, and said her father had a vasectomy years before Ronan’s birth.