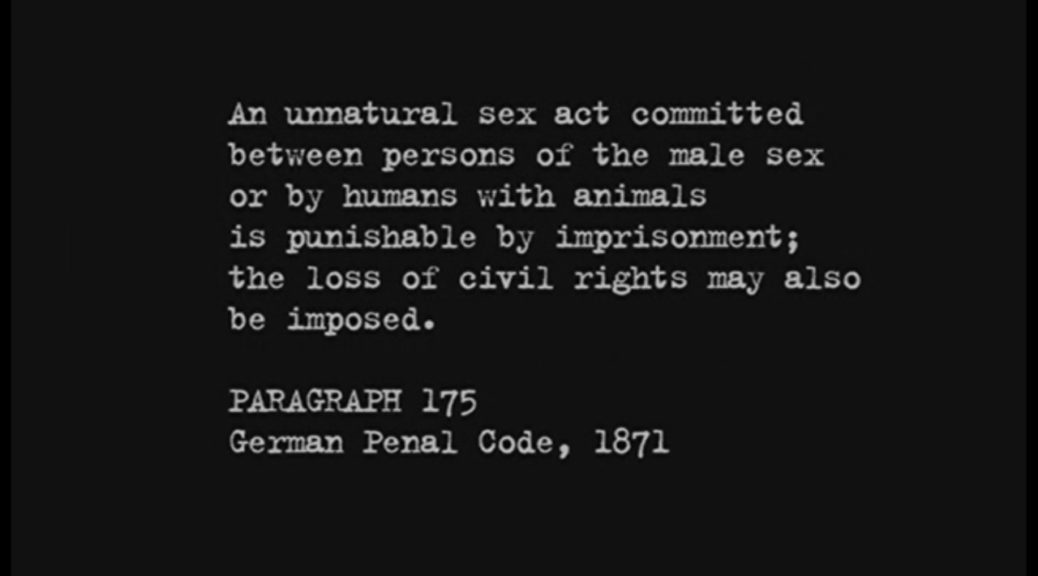 On this date Germany’s PARAGRAPH 175 was finally revoked. Originally adopted in 1871, Paragraph 175 was a provision of the German Criminal Code that made homosexual acts between males a crime. The statute was amended several times. The Nazis broadened the law in 1935 and increased §175 StGB prosecutions by an order of magnitude; thousands died in concentration camps, regardless of guilt or innocence. East Germany reverted to the old version of the law in 1950, limited its scope to sex with youths under 18 in 1968, and abolished it entirely in 1988. West Germany retained the Nazi-era statute until 1969, when it was limited to “qualified cases”; it was further attenuated in 1973 and finally revoked entirely in 1994 after German reunification.