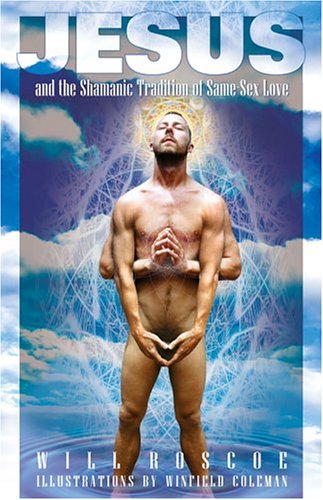 From Jesus and the Shamanic Tradition of Same-Sex Love

In 1979, I attended a retreat where Hay passionately presented his idea concerning subject-Subject consciousness and called on us as Gay men to foster it. At that event I discovered I was not alone in yearning to incorporate a spiritual outlook into my life. For many of us, a spiritual inclination began in childhood with a fantasy life that included talking to trees and animals, and inventing rituals. As we shared these experiences at the 1979 retreat, we realized that Gay spirituality begins with reclaiming the child-like awareness we had before the crippling and stifling influence of homophobia penetrated our lives. Whitman had a similar intuition and frequently celebrated boyhood. In “There was a Child Went Forth,” he describes the child’s awareness in terms that resonate with Hay’s concept of subject-subject:

There was a child went forth every day,

And that object became part of him

But in 1979 adhesive love and subject-subject consciousness were ideals not realities. In those years, it was difficult to see anything redeeming in the way that Gay men were pursuing love. The activist, experimental era of Gay liberation was over. A grassroots movement of volunteer and self-help organizations was being replaced by agencies staffed with professionals. Gay marches had become Gay parades, and Gay social life was shifting from public and community-organized events to commercial venues.

Discussions of Gay love gave way to a narrower focus on sexuality. Self-identified sex radicals claimed that simply having Gay sex challenged the social system, while moderates claimed that sex was the only thing that distinguished lesbians, Gay men, and bisexuals from heterosexuals, and, since it was a private act, it was an invisible difference. In either case, sex was the lynchpin of Gay identity. To be Gay or bisexual was to have sex. At the same time, many Gays, lesbians, and bisexuals were rejecting the idea advanced by earlier liberationists that they might be gender different. The assimilationist mantra took its place: “We’re no different from heterosexuals except for what we do in bed.”

In the 1970s, to live up to their image as sexual athletes, Gay men began using drugs and alcohol at rates far in excess of the general population. Our sexual experiences became increasingly intense, but they occurred in contexts that attributed them with no particular significance. Gay men began referring to sex as “play”—it became a form of recreation, to be consumed much as entertainment or travel or fashion. Far from posing a challenge to the social order, it turned out that a sexual minority community whose identity was derived from what it consumed was perfectly compatible with postindustrial capitalism.

All this occurred as an organized anti-Gay opposition was emerging. In 1977, Anita Bryant’s campaign in Dade County, Florida overturned legislation to protect Gays from discrimination. Soon Gay civil rights protections were being repealed throughout the country. Heterosexual Americans were not ready to see Gay lifestyles or relationships as equal to theirs in any way, nor were they willing to entertain the possibility that Gays were different in ways that might be beneficial. Indeed, Gays themselves increasingly rejected such speculations as elitist, throwbacks to a discredited model of homosexuality as inborn and essential. Lesbian and Gay intellectuals, under the influence of Michel Foucault and the theory of social constructionism, not only decried the idea of queer differences, the very desire to explore the meaning of one’s sexual identity was dismissed out of hand.

In 1982, at the same time I was reading Clement of Alexandria, I decided to write an essay expressing my dismay at the role of sexual objectification in the Gay men’s community. Instead of healing the wounds inflicted on us by a homophobic society, we were perpetuating low self-esteem. And the consequences of this, I argued, could be seen in a growing range of health problems appearing among Gay men—from alcoholism to sexually transmitted diseases to recent reports of a new and mysterious illness that was taking Gay men’s lives.

My essay, titled “Desperate Living” (after a popular John Waters’ film), was published about the same time that I put down Smith’s book. Our extended stay with Harry and his partner John in Los Angeles was over. Brad and I were still young, in our twenties, and life flowed in strong currents. We found ourselves back in San Francisco, immersed in new jobs and new projects.

Fifteen years passed before I took up Smith’s book again. It was 1997, and I had been invited to speak at Gay Spirit Visions, an annual conference held outside Atlanta, Georgia. The theme was mentoring. As I thought about this topic, it occurred to me that Gay men needed not only mentors—teachers, guides, role models—but also some form of initiatory experience to mark their passage from the closet to community and from Gay childhood to Gay adulthood.

Then I remembered the mystical rite of initiation uncovered by Morton Smith. As I began re-reading his book, I saw connections that had escaped me before. I realized how Jesus’ secret baptism drew on ideas and images with a long history, and how it was that same-sex love could be part of, indeed, give rise to, visionary experiences. I realized as well that the insights I was having now were the result of what I had experienced in the fifteen years since I last picked up Smith’s book.

Those were the years when the AIDS epidemic swept through our lives like wildfire, whisking away acquaintances, friends, and lovers—and, eventually, my own life partner.

Excerpt reprinted from Jesus and the Shamanic Tradition of Same-Sex Love by Will Roscoe (Suspect Thoughts Press) courtesy of the author.