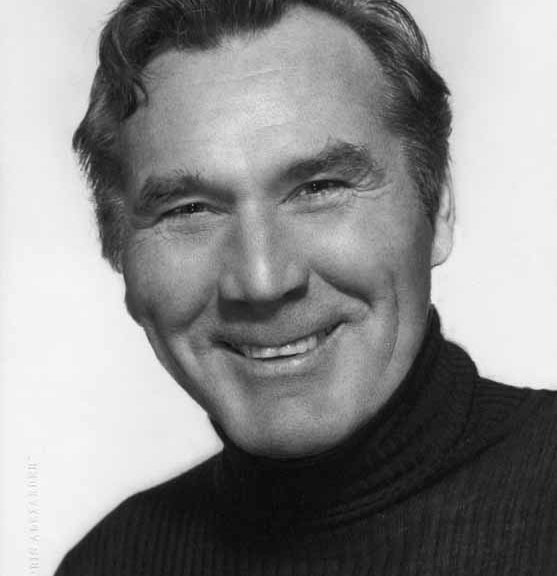 CRIS ALEXANDER, Actor and Photographer, died on this date (b: 1920). New Yorkers tend to believe that creative people trapped in America’s hinterlands hunger to come to their big, pulsating city to fulfill their dreams. In the case of Cris Alexander, it was true. “I came to New York because I thought they were waiting for me,” he once said, recalling how he fled Tulsa, Okla., in 1938 with a high school classmate, Tony Randall.

Mr. Alexander didn’t reach the peaks Mr. Randall did, but he did land a major part in “On the Town,” the 1944 musical that introduced Broadway to its composer, Leonard Bernstein; Betty Comden and Adolph Green, who wrote the book and lyrics; and Jerome Robbins, the show’s choreographer. But rather than on the stage, Mr. Alexander made it in New York as a photographer, taking portraits of the likes of Martha Graham and Vivien Leigh; having gallery shows; working for Andy Warhol’s Interview magazine and the New York City Ballet; and providing droll pictures for the best-selling 1961 satire of a movie star’s memoir, Little Me written by Patrick Dennis and later adapted for the Broadway stage by Neil Simon.

And he found love. When marriage equality became a reality (and legal) in New York in 2011, he married Shaun O’Brien, the celebrated character dancer with the New York City Ballet. They had been together for more than 60 years and died less than two weeks apart — Mr. Alexander on March 7 in Saratoga Springs, N.Y., at age 92; Mr. O’Brien on Feb. 23 at 86. They shared a Victorian house in Saratoga Springs.

“If there is a cause of death, it’s a broken heart,” his friend Jane Klain said in confirming Mr. Alexander’s death. “It’s as simple as that.”

He was born Allen Smith in Tulsa on Jan. 14, 1920, but by his teens he was calling himself Christopher, a name he thought befitting of a distinguished actor. Then, as he recalled, he visited a spiritualist, who asked what he most desired. “Success,” he shot back.

“Well I can guarantee you success if you do one thing,” he quoted her as saying. “Call yourself ‘Chris’ and take the ‘h’ out.” The next day Cris went to a radio station and got a job as an announcer, even though he stuttered. (He would eventually overcome that speech disorder.)

After briefly attending the University of Oklahoma, he arrived in New York and went to the Feagin School of Dramatic Art. He opened a photo studio and acted in summer stock. When a friend was hired for the chorus of a new show, On the Town, Mr. Alexander, who had sung only in his darkroom, figured, Why not? He auditioned for George Abbott, the renowned playwright, director and producer.

“Would you mind not leaving?” Abbott said, Mr. Alexander recalled in an interview with Show Music magazine in 1994. “I have a part I want you to read.” Mr. Alexander read, and Abbott declared, “That’s Chip.” Chip is one of three wildly energized sailors on a 24-hour pass in wartime New York and pursued by a romantically ravenous female taxi driver. Mr. Alexander was the first actor onstage to sing “Ya Got Me,” “Some Other Time” and “Come Up to My Place,” in a duet with the cab driver. (Frank Sinatra played the part in the 1949 movie version.)

In 1953, Mr. Alexander appeared as an inept Walgreens manager in another Bernstein-Comden-Green collaboration, Wonderful Town. Other Broadway parts included an intense young playwright in Noël Coward’s Present Laughter (1946), and multiple roles in Auntie Mame (1956), which was based on a novel written by Mr. Dennis.

He had begun taking pictures with his mother’s Brownie at 11 or 12. As an adult, his photography was uninhibited. He gave costume parties and took vivid pictures of his friends, whom he characterized in the Show Music magazine interview as “very gifted fools.” One day Mr. Dennis, famed for his oddball novels, admired the “fools” hanging in Mr. Alexander’s bathroom. “These are your real work,” Mr. Dennis told him. He suggested they collaborate on a “documented autobiography of someone who never was.”

The result was Little Me: The Intimate Memoirs of That Great Star of Stage, Screen and Television, Belle Poitrine, written by Mr. Dennis and illustrated with more than 150 photographs by Mr. Alexander. It tells of a self-centered actress — whose name means “beautiful bosom” in French — who had portrayed Anne Boleyn in “Oh, Henry” and had roles in “Sodom” and its sequel, “Gomorrah.”

Mr. Alexander, who left no immediate survivors, had lived with Mr. O’Brien in Saratoga Springs since 1993. Each afternoon at 4:30 they had an ice cream party. In the interview with Show Music, Mr. Alexander recalled what his acting teacher, Marjorie Jefferson, once said.

“Tell me, Cris,” he quoted her as saying, “you were such a good actor, why did you never amount to anything?” Then she paused, he said, before adding: “No that’s not true. You were about the most ambitious person I’ve ever known — ambitious to have a lovely life.”