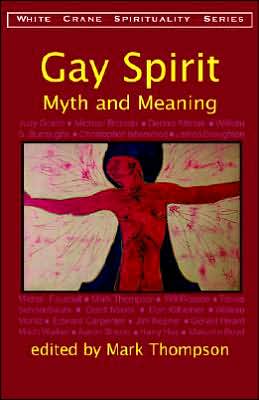 From issue #48 of White Crane, The Shadow

Archetype of the Double

Queer eros holds multiple purposes in our lives — pedagogic, religious, creative, even altruistic — beyond the near-meaningless context it’s been assigned. No matter how it’s dealt with, being Gay must certainly encompass more than whom we choose to have sex with. We’re not different because of what we do in bed. The difference comes from what’s happening under our skins, not the sheets. A psyche-based paradigm of Gay nature puts homosexuality in a new light. To be Gay, as currently defined, gives us a limited place to stand in the world and a lever with which to somewhat move it. But an understanding of our lives stemming from psychological mindfulness permits a much better view of society’s queer men as potential healers, soul guides, and culture makers for all people.

There is a wealth of archetypal forces residing within us; as many, one might say, as there are gods in the heavens. Some archetypes can be literally imagined, such as the Questing Hero or the Wise Old Man. (In Western culture, major archetypes are seen in the personae of ancient deities, on tarot cards, or in the image of certain pop icons.) But others are representational of more abstract images and ideas, like Self or Individuation, which are known as archetypes of transformation.

Some archetypes are widely experienced in Western culture (the Senex, or Judging Father, is one). But other archetypes are more acutely felt, for reasons of biological or social inheritance, within individual minds. Archetypes of the Same or Double, the Wounded Healer, Divine Chi ld, Lunar Phallos, and Trickster are especially ascendant and at work in the psyches of Gay men today. I believe the fundamental basis of being queer is an archetypal matrix, or inner constellation, characteristic of those who have been so labeled. This biologically determined psychic structure is further organized according to the vicissitudes of one’s personal and collective upbringing.

Because these archetypes contain energetic forces vital to challenge and change — necessary to the discovery of new ideas and modes of being, but revolutionary in that they upset the established order — individuals acting out the contents of these archetypes are shunned and suppressed. Recognizing this helps us to see how certain capacities of the soul could be assigned as “Gay” throughout time; their value, adaptation, and even survival contingent on the specific cultural milieu in which they’re perceived. Seen from this vantage, being Gay is more about what we do — our social role and function—than about what and how we’ve been sexually labeled. It is a subjective, multidimensional view of same-sex love, not a further justification. After al l the damage that’s been done, what recourse do we have but sublimity?

In way s both covert and blatant, a large percentage of us are soul-wounded early in life. We know this hurt better than any lover. And so we wonder: Are we damaged due to too much love from one parent and not enough from the other? Despite the rhetoric of Gay pride, may be there really is something “abnormal” about being homosexual. Then again, perhaps there’s nothing wrong at all except for society’s prejudice. Whatever the reason for rejection, is our wounding a curse or a spiritual occasion? Maybe it’s an opportunity to take the road less traveled. Because a false self and its sensibility of shame has been implanted in our souls, not many have been able to see clear enough to answer these questions. That is why striving to create an autonomous awareness is crucial. As someone who assiduously tended to the wounds of his own soul, some of Jung’s insights about same-sex love hold value for us today. For it was he who finally grasped the one truth essential to any Gay person: Our homosexuality has a meaning peculiar to us, and us alone. Taking the downward tumble into our own depths demands that we become conscious of that meaning.

Archetype of the Sames

The archetype of queer love itself is the Double. What inquisitive Gay boys seek is an unfailing mirror in which to see themselves. But what sensitive Gay men desire is the ideal companion with whom they may share that reflection. So we search for someone just like us, a twin or double self. As an archetype of sames, the Double is the source of democracy, justice, and equality in the world, transcending boundaries of age, class, and nationality. This is what Walt Whitman implied when he talked about “adhesive” love, one celebrating “the need of comrades.”

The Double is one of the most important and ascendant elements within a Gay male psyche. We feel its presence erotically, and project it — in ways both direct and subliminal — on the men we encounter and the work we do in the  world.

It is the wellspring of our creativity and endurance; it is the very root, in fact, of our modern Gay identity. Men who do not regard themselves as homosexual experience this archetype, too. For them the Double is not as prominently situated in the anatomy of the soul, or else its libidinal charge has been devalued and contained in hollow ritual, or even made taboo. For these reasons, the Double is one of the most thwarted archetypes in modern Western society, having been perverted from the enabling of loving comradeship to purposes of competition, envy , and war.

Mark Thompson was author of many books that have influenced the Gay cultural wisdom movement. Among these are Gay Body: A Journey through Shadow to Self, from which this is excerpted and Gay Spirit: Myth & Meaning (White Crane Books). He was a regular contributor to White Crane and served on the White Crane Board. He is deeply missed.