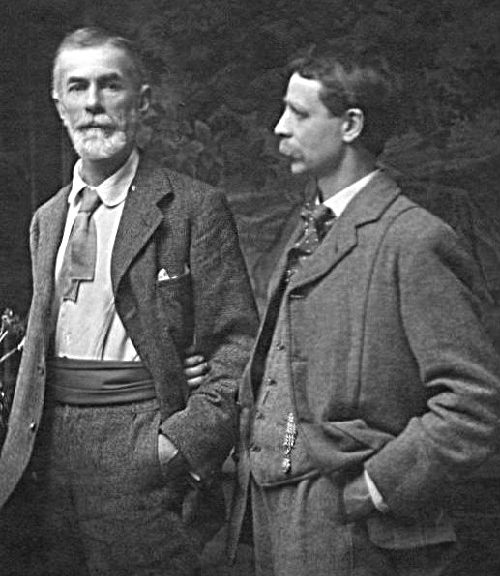 I SHOULD like these few words to be read over the grave when my body is placed in the earth; for though it is possible I may be present and conscious of what is going on, I shall not be able to communicate.

Too much, perhaps, is made of Death by us little mortals; and I think sometimes that we grieve too hardly over those that are gone. Of course, the parting from the daily sight and touch of dear friends is hard, very hard-but I doubt it after all this parting is so complete as we sometimes think. Who is there who has not felt the presence of one who has departed-a presence remaining still near him for weeks, months, and even years, and touching him so nearly that almost the voice could be heard and the form seen? Who is there who has not been conscious of strange intimations thus coming to him as from another world? Does it not seem, after all, that the friend is there, only speaking to our hearts more deeply, more intimately, more tenderly than in the ordinary life?

Nor need we be afraid of death, either for ourselves or for our friends, as if it were an evil or a harmful thing, lying ever in wait for us. On the contrary, it is surely a perfectly natural event, and part of the wholesome order of the world, as we see every day of our lives. Birth does not seem to us an evil thing, but rather a strange and wonderful passage from some other state of being into this present existence; and so death-which in many ways is the counterpart of birth-would seem to be just such a wonderful passage out of this world again; one perhaps out of many, many such passages which the far-journeying soul of man must make, under the wing of the ever-abiding Presence.

Nor would one perhaps—even if the chance were offered—wish to escape dying. That would hardly be desirable. For since everyone has to die-and such countless millions have made that passage into the unknown—there would seem to be something mean and unfriendly in trying to avoid the common lot. Better to share it frankly with others, whatever it may be. Probably indeed the escaping of this change would turn out in the end to be a considerable loss instead of a great gain. Fancy anyone being condemned to live, as now, for ever-and to wear out all his old clothes, and his old body, and all his old ambitions and passions, and to go on repeating the same old jokes and stories till even his old friends were worn out as well! What a Fate! But from such an end kindly Death does indeed deliver us.

And whatever the region to which we pass, Love saves us there, as it does here. It creates a world in which the soul can live and expand in freedom. The ties which bind us together here are not going to be snapt so easily as some of you may think. For indeed, I believe that those who truly love are already joined together in a world far beyond and behind the visible;—and in that world they are safe-and their love is safe-from the storms of time and misadventure.

Therefore do not think too much of the dead husk of your friend, or mourn too much over it; but send your thoughts out towards the real soul or self which has escaped-to reach it. For so, surely you will cast a light of gladness upon his onward journey, and contribute your part towards the building of that kingdom of love which links our earth to heaven.