I count myself among the "word-loving, book-besotted" and last night I found my people.

I sat with author and White Crane Institute Advisor, Perry Brass and the Gay Glitterati, last night, at a lovely evening honoring LGBT writers, the annual Publishing Triangle’s Awards presented in the Tishman Auditorium at The New School. 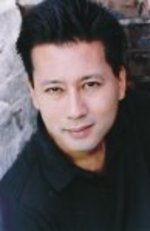 Eight Publishing Triangle Awards were presented to various men and women, including The Randy Shilts Award for Gay Nonfiction, which was awarded to Kenji Yoshino (at the left), for his groundbreaking and important book, Covering. Other nominees in the category were Bernard Cooper for The Bill from My Father and Rigaberto Gonzalez for the beautiful and poetic, Butterfly Boy.

Nancy Bereano (below right), a frequent Lammy winner, was honored by PT for her two decades of work as the founder and publisher of Firebrand Books, one of the most successful lesbian/feminist presses in the world. The press publishes such titles as Alison Bechdel’s (another honoree last night) Dykes To Watch Out For, Audre Lorde, Dorothy Allison and Barbara Smith.

Along with Alison Bechdel, who won for Lesbian Nonfiction for her masterful Fun Home, Catherine Friend was nominated for the delightful Hit By A Farm, and Marcia Gallo was acknowledged for Different Daughters, an important history of the Daughters of Bilitis. 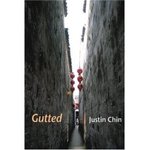 Poets Jennifer Rose and Justin Chin won, respectively, for Lesbian and Gay Male poetry. Justin’s Gutted was nominated along with Jim Elledge’s A History of My Tattoo and Greg Hewett’s The Eros Conspiracy. Robin Becker and Kate Lynn Hibbard were nominated for The Domain of Perfect Affection and Sleeping Upside Down, respectively.

Fiction was ably represented in both Men’s and Women’s categories. Rebecca Brown’s The Last Time I Saw You, Lisa Carey’s Every Visible Thing, and Ivan E. Coyote’s Bow Grip in the Lesbian Fiction catergory. Men’s Fiction was acknowledged with Martin Hyatt’s A Scarecrow’s Bible (from Suspect Thoughts), Steven McCauley’s Alternatives to Sex and (the winner) Christopher Bram’s elegial Exiles in America. 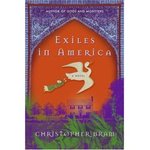 The truly remarkable renaissance man, Eric Bentley (at the left) was recognized for his lifetime (when he mentioned in passing that he was 90, the room gasped!) of writing and activism…critic, playwright, editor, translator of Brecht, chronicler of Oscar Wilde in the play, Lord Alfred’s Lover…Bentley’s comments, which we hope to be able to reproduce here or in the pages of White Crane, reminded everyone present that LGBT people are still the targets of religious fanatics. He spoke of the pivotal roles that "love and death" play in the arts and literature and cautioned that there was still plenty of both in store for LGBT people. 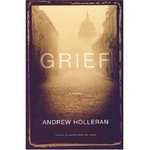 Finally, Andrew Holleran, recent author of Grief, and the fabled Dancer From the Dance, received the Bill Whitehead Award for Lifetime Achievement.

The Publishing Triangle presents the annual Triangle Awards in collaboration with The Ferro-Grumley Literary Awards, the Robert Chesley Foundation and the New School.