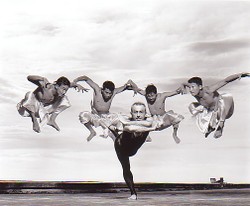 South Asian culture has historically been replete with multiple representations of gender and sexuality. Desire is often worshiped in many Hindu and Sufi traditions, and from temple carvings of Khajuraho (in Central India) to the presence of Hijras ( often conceptualized as third sex, third gender in India) to the modern pop and Bollywood flirtations with androgyny, gender, sexuality and desire is an intrinsic part of South Asian cultures. Yet our history has been fraught with struggles for women’s emancipation, gay, lesbian and Hijra rights and long standing silence on issues of HIV/AIDS.

Engendered a three day multi-disciplinary art and cultural festival to be held at the Lincoln Center between April 18th-20th is precisely going to delve into these contradictions. Conceived and presented by Nayikas Dance Theater Co. (New York’s only resident feminist Oddissi dance company) along with the Indo-American Arts Council, the festival will showcase works of over forty South-Asian performers from across the world, including panels featuring long time LGBT rights activist Urvashi Vaid, queer filmmakers such as Sohini Ghosh and Harjant Gill. (www.nayikas.org/engenderd)

The festival director Myna Mukherjee says "Gender and sexuality continue to have a fraught relationship
with the intimate, the familial, the sacred, the ritualistic, the religious and the cinematic — all fragments of a cultural conversation that still needs to find its voice. At its heart, this festival is part of an attempt to find, listen to, and add to this voice, and take it to communities and audiences that have not heard it before".

The festival will feature the first all male Oddissi dance ensemble Rudrakshya, who use a dance form traditionally performed by women in temples of India, to bring to light the divine manifestations of the androgyne. Among the highlights of the events is a solo performance by one of India’s most
protean dance pioneers, Astad Deboo, and excerpts from New York’s Rajika Puri’s recent production, Devi Mallika: A Garland of Goddesses. Washington, DC-based Daniel Phoenix Singh’s Dakshina Dance Theatre Company will present a blend of Bharat Natyam and modern dance movements to explore themes about
gays and lesbians. Aparna Sindhoor will perform with her Navarasa Dance Company Bharat Natyam items and also the marshal art choreography called Kallaripayattu. Nayikas has created a show of its own. Called Veiled/Unveiled, the danced and spoken word piece explores ‘the ambiguities and contradictions of pardah
system’ across South Asia. 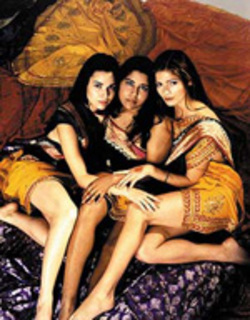 Perhaps one of the most controversial panel will be the closing plenary entitled "Women Speak on Geo-Politics, Identity, Desire and Power-Structures" on Sunday April 20th featuring controversial feminist author Taslima Nasrin, whose novels drew virulent opposition from Islamic radicals in India and Bangladesh, and legendary actress  and dancer Mallika Sarabhai (perhaps you remember her as Draupadi from Peter Brooke’s Mahabharata), who in recent times has faced severe opposition from Hindu nationalists. The panel will also feature prominent queer theorist Gayatri Gopinath from the American Studies department at NYU, along with Bharati Mukherjee and Shamita Das DasGupta (author and anti-violence activist). Facilitated by Debanuj Das Gupta himself,the panel will disrupt the patriarchal, hetronormative hegemony of global geo-politics. 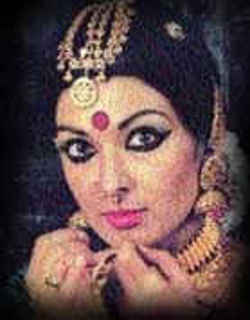 There is also a queer film festival component showcasing latest cutting edge queer cinema from South-Asia on Sunday. Noted gay film-maker Harjant Gill will screen his film with lots of male nudity involved for the viewers pleasure called "Milind Soman Made Me Gay"

The festival has already received tremendous amount of press coverage, including a four page cover feature in the largest circulating South-Asian newspaper India Abroad. BBC and MTV is also covering the festival.

If you are seeking to discover the colorful images, paintings and musical feats of South-Asia that celebrate, challenge and create newer non-western modes of expressing queerness, and creating a relationship with the Divine. This festival is a must see for you.
For schedule and tickets visit www.nayikas.org/engendered