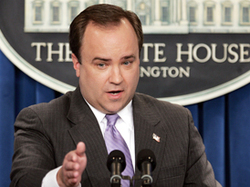 So…in Scott McClellan’s new book (which is a travesty in every other way), McClellan pretty clearly states that Karl Rove lied to him prior to his (McClellan’s) testimony before a grand jury. And he’s pretty clear that Vice President Cheney lied to him, as well. (Somehow Dubyah gets exonerated). Whatever. 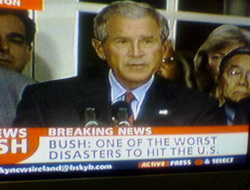 Not too long ago, one of the Articles of Impeachment against William Jefferson Clinton was "lying to a grand jury witness"…considered a high crime and misdemeanor.

So when will Karl Rove be indicted? What are the chances  President McClain will direct his Attorney General to pursue a further investigation? And why is the Democratic Congress not pursuing Articles of Impeachment against this administration?