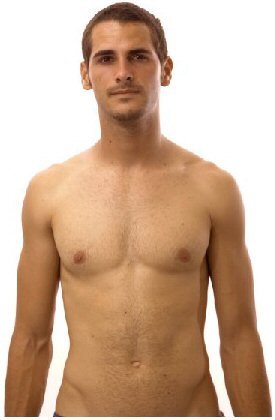 A Personal Paradox
My Life as an Italian American Gay Man; or,
The Identity Crises of Ethnic Queers/Queer Ethnics

Out of the crooked timber of humanity, no straight thing was ever made.” — Immanual Kant

I hated being me practically my entire life. I hated being Italian American practically my entire life. I hated the negative stereotypes associated with being Italian American; I did not want to admit that I was American of Italian descent because of such negative stereotypes and images. As a young child, I wanted to change my last name to “Carson,” or something else “non-Italian.” I was embarrassed and ashamed of who I was and where I came from. My identity was in a crisis, and it would not be until many years later—in my adulthood—after reading much about Italian Americans, written by Italian Americans, that my identity crisis would come to an end. Literature has amazing powers that can change the lives of the readers; literature saved my life.

When I was a young child in elementary school—I cannot remember the exact age—I had a difficult time relating to the other students. I knew that I did not “fit in.” I was not the only American of Italian descent, but I was one of the few in a school with mostly Jewish American and Irish American children. And of course, I befriended the other three to five children who were also Italian American. We formed a close bond.

Later in life, I would come to realize that my ethnicity was not the only aspect of my life that marginalized me, and made me not “fit in.” As a homosexual male, my sexual orientation also marginalized me, and made me feel like an outcast, made me feel less than human. And it must be stated, and known, that with its conservative and traditional ways of thinking, the Italian American community—my own community—has not always been accepting and understanding of my sexual orientation. Ironically, one marginalized community marginalizes—even minimizes and oppresses—another marginalized community.

As a Gay Italian American man, I no longer want to be invisible; I want my voice to be heard, and I know that others like me feel the same way. I hope to bring awareness to my community’s ambivalent and quiet battle for attention and acceptance, equality and respect.  I wish to initiate a discourse on the important and worthy topic that is the lives, struggles, histories, and futures of GLBTQ Italian Americans.

Furthermore, I think that another very important question to ask is: Why must sexuality be repressed for ethnicity; or, ethnicity for sexuality? Why must we repress one for the other? The answer to such a question lies in the strict gender codes of every society.

Michael Carosone is currently in the process of expanding his thesis to publish as a book.  He holds a Master of Arts degree in English from Brooklyn College of the City University of New York.  He lives in New York City.

One thought on “WC77 – Personal Paradox”