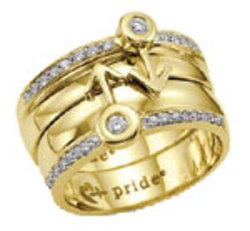 Ellen married Portia, but neither of them have donated to the California Marriage Ballot measure.

Also missing (as of Sept. 10) from the rolls were: Rosie O’Donnell, whose Feb. 27, 2004, marriage to Kelli Carpenter was nullified; Sir Elton John, who tied the civil partnership knot with partner David Furnish in England; rock star Melissa Etheridge, whose domestic partnership/wedding to actress Tammy Lynn Michaels Sept. 22, 2003, was celebrated in In Style magazine.

One thought on “What’s’up with this?”