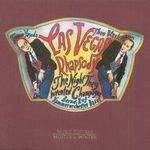 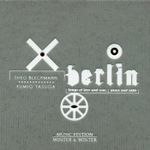 Genre-bending, -skipping and -skirting vocalist and composer, Theo Bleckmann has been a force in the music scene in New York for over 15 years. Since moving to Manhattan in the late 80’s from his native Germany, Bleckmann has forged a unique sound in jazz and contemporary music, drawing from jazz, ambient and electronic music, integrating extended vocal technique as well as live electronic processing and looping.

He has performed worldwide on some of the great stages including Carnegie Hall’s Zankel Hall, the Sydney Opera House, L.A.’s Disney Hall, The Whitney Museum and the new Library in Alexandria, Egypt. The New Yorker called him a “local cult favorite”, Downbeat a “ “mad” genius”, The New York Times “excellent” and according to OUT Magazine, Bleckmann is “a singer who has only recently fallen to earth“ and indeed Bleckmann's style has something otherworldly and ethereal.

For the past two years, Bleckmann has been voted into the small group of artists called "Cultural Elite" by New York Magazine and was recently interviewed by Terry Gross for NPR’s Fresh Air. That podcast is here.

In 1989 Bleckmann moved from his native Germany to New York City after meeting legendary jazz vocalist Sheila Jordan at a workshop in Graz, Austria, who remains an influential mentor and supportive colleague to this day. Together they can be heard on Sheila Jordan's "Jazzchild" (High Note). Since his move to Manhattan (and ultimately taking on US citizenship in 2005) he has worked with such artists as Laurie Anderson, Philip Glass, Meredith Monk (whose core ensemble Bleckmann has been a member of since 1994), Michael Tilson Thomas, John Zorn and the Bang On A Can All-Stars and was a featured soloist with the Albany Symphony, San Francisco Symphony Chorus, Estonian Radio Choir, Merce Cunningham Dance Company and Mark Morris Dance. The boy moves in heady circles..

For all his vocal experimentation with electronics and ambient, his most recent recording is a virtual classic venture in tradition, again with Fumio Yasuda, Berlin: Songs of Love and War, Peace and Exile. I purchased his delightful Las Vegas Rhapsody. The name is a tad odd…the boy is queer you know…the songs are all Broadway and film classics…but the performances and the production are first rate.

I’m as enamored of the great divas (Lady Day, Sarah Vaughn, Garland, Midler, Ross, the Pattis) as the next card-carrying homosexual conspirator — but I have a preference for the male voice singing love songs. And here we have some of the most beautiful, most romantic love songs ever written, sung in Bleckmann’s Berlin insouciant alto: We Kiss in A Shadow (The King & I), Out of My Dreams (Oklahoma). The Night They Invented Champagne (Gigi) and …this is the kind of music you stay at home with someone special, draw the blinds, and cuddle up on the couch..and sip some champagne! Lush satisfying arrangements by Fumio Yasuda with the Kammerorchester Basel only add to the pleasure. There are times, he evokes Nico at her most androgynous best.

Bleckmann range, vocally, emotionally and physically (he  was once a junior ice dancing champion), inspired some of today's great composers to create pieces especially for and with him. He teaches on the jazz faculty of New York's Manhattan School of Music and has been an adjunct at New York University, The New School and Queens College and teaches voice privately and in workshops and masterclasses worldwide.

Give Berlin and Las Vegas a taste. You’ll be delighted.