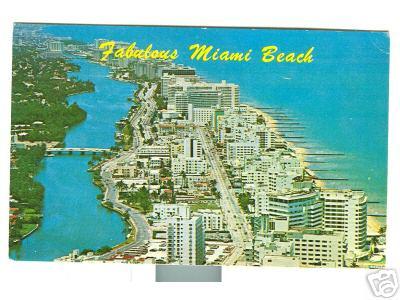 Miami in the 1970's was a great time to be young and Gay.  As my fictional alter-ego Joe Martinez said in one of his adventures, “Miami was a candy store for a young Gay guy just out of the closet.”  With no AIDS in sight, and most venereal diseases treated with a simple shot, it was “the golden age of Gay sexuality.”  It was also a golden age for Miami-Dade County’s Lesbian and Gay bar scene.  Not only were there far fewer raids than before, but local laws that made it a crime for “known homosexuals” to be served liquor or congregate in a tavern were overturned.  The legal drinking age was 18, which made things very convenient for a young Gay man who was just coming out. 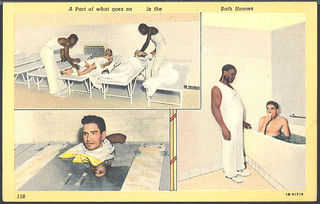 A Gay kid had many places to choose from in 1974. In fact, there were more Gay watering holes in Miami Beach – and certainly in the Miami mainland – than there are today. In his 1972 directory, "The Gay Insider USA," author John Paul Hudson (writing as John Francis Hunter) listed 15 Gay or mixed pubs and clubs in the mainland (including Coconut Grove and Coral Gables) and 8 queer watering holes on the Beach. A 1975 bar rag, "Where the Action Is" – whose only claim to fame is that one of its contributors was a 21-year old newcomer named Jesse Monteagudo – listed 13 mainland bars and 6 Beach bars. They did not include the “down low,” mixed taverns that catered to minorities. Nor did they include the other places where Gay guys cruised and socialized: the Club Miami and Regency Baths; the 21st Street and Virginia Beaches; Bayfront Park; Florida Pharmacy; Rio Theater; Danny’s Book Store; Downtown YMCA; the Greyhound Bus Station, and so on.
The years between 1974 and 1975 were also my Gay bar years. Never before or since would I frequent so many pubs or clubs, or as often, as I did back then. Lack of money did not bother me; since student discounts and the kindness of friends and strangers often helped me get through. The lack of a car was a detriment, since it limited me to a great degree to bars that I could get to by foot or bus or

ride. Interestingly, I never went to the Cactus Lounge on Biscayne Boulevard, which till its demolition a couple of years ago had the distinction of being the only 1974 gay bar in South Florida still in existence.  And I was too late to enjoy Googie’s, a hot spot immortalized by Jack Nichols in his memoir "The Tomcat Chronicles."  But somehow I managed to visit virtually every other openly Gay male bar in Miami-Dade County, save for a couple of Miami Beach or West Miami taverns.
Significantly, my first Gay bar (1973) was the Nook, Coral Gables’ only Gay bar. I found out about the Nook by chance: I was working as an usher in a theater on Ponce de Leon Blvd. when one of my co-workers happened to mention the existence of a “queer bar” nearby. Though I visited the Nook several times it was never my favorite hangout. Located on a side street, the Nook acted as if the Stonewall Riots never happened. Discreet gentlemen in dark suits sipped martinis while listening to Judy Garland or Barbra Streisand records on the jukebox. Fortunately, I soon learned from the Gayvine where the action really was.
In 1974, Miami’s Gay action was centered around the Warehouse VIII. Located on S.W. 8th Street and 36th Avenue, this former warehouse (hence the name) boasted a huge dance floor, a Levi-leather bar in the back, a cruise bar upstairs, and a rooftop where anything could happen. "The Gay Insider USA" described the Warehouse as a “Huge place; [with a] suspended horse-drawn cart; [and] pool tables.  Upstairs is a swinging bar, but not too friendly to outsiders,” unless, of course, you were young and cute. It was also a late bar  (closing time, 5 a.m.), which allowed us to party all night, drag ourselves over to the Dunkin’ Donut across the street for coffee, and get back to our family homes before Mami and Papi woke up.
Near the Warehouse VIII, there were several Gay or mixed taverns. I never cared for El Carol, a long-lasting “mixed” bar on LeJeune Road, a block South of Calle Ocho. I much preferred the nearby Second Landing, so much in fact that I was a regular there. Located on the second floor of a building on the S.W. corner of 8th Street and Le Jeune – the first floor was occupied by a straight strip bar – the Second 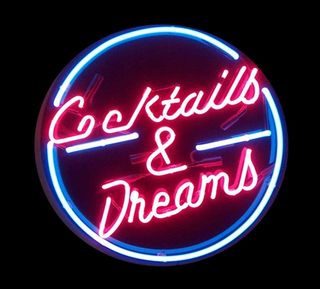 Landing began its career as Step Mother’s, was Bachelor’s West in the brief period it was owned by the same people who owned Bachelor’s II on Coral Way, and became the Second Landing in 1975. An ad in "Where the Action Is" bragged about the Landing’s “intimate Cruisy Atmosphere, For the Late, Late Crowd,” open till 5 a.m. “that wants a cozy place to cruise,” with “Most Drinks 75¢” – certainly a plus for a kid who was working his way through college. The Second Landing was a great place for young Latinos looking for older Papis (and vice versa), which was what I was into at that time. The Second Landing was a thing of the past by the 1980's; and since then the entire building was torn down and the site is now occupied by a Walgreen’s.
Bachelors II, with a restaurant on the ground floor and a cruise bar on the second floor, was located on Coral Way between S.W. 28th and 29th Avenues. Though Bachelors II then boasted the “delightful piano stylings of the famed Walter Lena and Neil Martin,” to me it was just a place to grab a drink on my way to the nearby Club Miami Baths. The Hamlet, located on Main Highway in Coconut Grove – at the time Miami’s “gayborhood” – was a great place to hang out in the daytime or early evening.  Also in Coconut Grove was the tony Candlelight Club, a members’ only restaurant and lounge.  Since financial affluence was required to be a member, I only went to the Candlelight Club as a guest or, later (1976), when it hosted the early meetings of the Dade County Coalition for the Humanistic Rights of Gays.  Historian James T. Sears, in his 70's Gay history Rebels, Rubyfruit, and Rhinestones," described “this Coconut Grove landmark among the banyan trees” as a place one could “sometimes spot celebrities like Roy Cohn and Barry Manilow dining on rack of lamb and drinking Chateauneuf du Pape.”  It was definitely not my kind of bar.  I was more at home in Downtown Miami’s Levi-leather bars, the Rack and the Ramrod (later the Double R).
Space limitations keep me from mentioning some of the bars on Miami Beach, particularly the Mayflower Lounge – Billie Lee’s Bar during Jack Nichols’s “tomcat” years (1962) – and Basin Street, both on Alton Road. The same goes for Broward County bars that I managed to visit now and then: Keith’s Cruise Room in Hallandale, Tee Jay’s in Hollywood, and Tacky’s and Venture Inn in Fort Lauderdale. All in all it was a great time, and I might write about it again some day.
Jesse Monteagudo is a freelance author and a Floridian since 1964.  Write him at jessemonteagudo@aol.com.