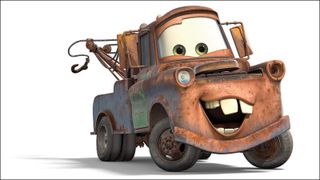 A lot of talk about the "failure" of bipartisanship.
Here's what I think: f**k'em.
We had eight years of Republican dominated, neocon policy and they drove us into a ditch. What's more, when they were at the wheel, they left the Democrats on the side of the road as they merrily used their scare tactics to drive us into an unnecessary war and ignore financial excess ("Don't you worry you're pretty little head about these things…we know better").
True, they never promised "bipartisanship"…as I recall their goal was "to reduce the federal government to a size they could drown it in a bathtub."
In other words, they wouldn't recognize "bipartisanship" if it bit them in their tight asses.
The "less government is better government" crowd succeeded in proving what it is we need government for in the first place: adult supervision. I'm sure the people of New Orleans have a thought or two about that. The problem, as President Obama has put it so clearly, isn't too much government, it's government that works. And when you send a majority to Congress and the White House whose central organizing principle is "No government" you get…well, you get right where we are now. In a ditch, out of gas, waiting for a tow truck.
That said, I'm wary of the apotheosis of Obama. I'm from Chicago, so I'm all too aware that you don't get anywhere in politics without a fairly good ability to compromise…or what you might call "selling out" depending on which side of the compromise you end up on. If you've bothered to read either (I recommend both) of President Obama's beautifully written books, you know he is nothing if not pragmatic. We're bound to be disappointed, and everything he's going to "throw at the wall" isn't necessarily going to "stick." But for the time being, I wish he would worry less about the Republicans, who have no clue, no ideas and should really spend the lion's share of their air time apologizing IMHO, and more about getting that money into the economy, getting Detroit (ie the automobile industry) back to work, and some of this much needed infrastructure work on track.
Republicans? Go away. You had your chance. Either get with the program or stop sniping. There's too much at stake here for your politics as usual.