Do we need "role models?

Is Perez Hilton a Gay role model? Not according to many readers of the Advocate, who protested vigorously when the magazine put the celebrity blogger on the cover of its August issue. There was such a strong reaction that Advocate editor in chief Jon Barrett had to issue a response. Even so, when Advocate.com asked its readers if “Perez Hilton [is] an appropriate spokesman for marriage equality and other gay rights issues,” 3.1% of respondents said yes while a whopping 95.6% said no. “Perez Hilton is a major embarrassment to our entire culture. No one likes a gossipy, hateful, self-serving bitter queen. He needs to be silenced for the good of the WORLD, not just the gay community,” read a typical comment. There is even a Facebook group, “1,000,000 AGAINST Perez Hilton being the GLBTQ SPOKESPERSON,” devoted to Hilton haters within the GLBT community. Unfortunately, as an openly-gay man who is often in the spotlight, Hilton has come to represent GLBT people, whether we like it or not. 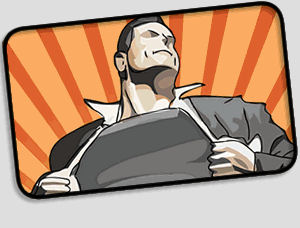 The online Wiktionary (en.wiktionary.org) defines “role model” as “a person who serves as an example, whose behavior is emulated by others. Wiktionary’s sister Wikipedia (en.wikipedia.org) elaborates, adding that the term “first appeared in Robert K. Merton’s socialization research of medical students. Merton hypothesized that individuals compare themselves with reference groups of people who occupy the social role to which the individual aspires.“ An even better online description was found in techup.org, which tells us that “true role models are those who possess the qualities that we would like to have and those who have affected us in a way that makes us want to be better people. To advocate for ourselves and our goals and take leadership on the issues that we believe in. We often don’t recognize our true role models until we have noticed our own personal growth and progress.”

There was a time when Gay, Lesbian, bisexual or transgender people had precious few role models; men or women who showed us what it was like to be queer. When

I was a kid in the 1960s, the only Gays I knew of were Liberace and a swishy “artist” who live with his mother in the apartment across the hall. It was only later that I learned about the likes of Franklin Kameny, Barbara Gittings, Del Martin and Phyllis Lyon, and Jack Nichols (left) and Lige Clarke (at right). Kids growing up today have a larger group of models to look up to, ranging from out athletes like Martina Navratilova, John Amaechi and Esera Tuaolo to entertainers like Ellen De Generes, Neil Patrick Harris and Wilson Cruz. Even more inspiring are young GLBT activists who began their work at an early age, like South Florida’s Waymon Hudson and Tobias Packer. “Elder statesmen” like “Pompano Bill,” Larry Friedlander, Bill Mullins and Dick Rogers (just to name a few South Florida models) teach us that Gay men can lead active lives well into their golden years.

Black has since responded to the scandal the way people usually do, by suing the messengers: “The Oscar-winning screenwriter’s henchmen at Lavely & Singer – the bulldog law firm behind seemingly every celeb’s sex tape lawsuit threats – are going after Starzlife.com and its proprietors, which the lawsuit alleges distributed photos (and supposedly has video) of Black and one X [my deletion] having anal sex (without a condom, as everyone has noted!). Something about invasion of privacy and copyright infringement,” notes the web site queerty.com. Let’s see how this goes. Meanwhile, we should all heed queerty’s sage advice: “NEVER TAKE PHOTOS OF YOURSELF NAKED OR HAVING SEX, EVER, BECAUSE THEY WILL BE RELEASED.” (Caps were in the original, though I share the sentiment.)

Even worse is the case of Broward Sheriff’s Deputy Jonathan Bleiweiss. Back in March the South Florida Gay Blade wrote a glowing article about the openly Gay Deputy, noting that he “received the 2008 Employee of the Year award for the Oakland Park Division for his outstanding work, at a ceremony on the evening of Wednesday, March 4, 2009 at the Oakland Park City Hall. This is the first time an openly Gay deputy received this award from BSO [Broward Sheriff’s Office]. . . . Among Bleiweiss’ accomplishments are his capture of two robbers and recovering their AK-47 weapons, his arrest of a serial arsonist, and having made over 100 arrests in the last year that were directly related to quality of life issues in Oakland 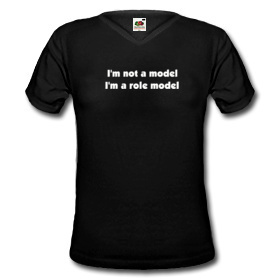 Park.” Five months later, according to the South Florida Sun-Sentinel, this “pioneering, openly Gay Broward sheriff’s deputy who fought discrimination within that agency earlier in his career” was accused of being “a manipulative sex offender who preyed on illegal immigrants too scared to contact authorities. . . . Bleiweiss, arrested [August 3], faces 14 charges, among them three counts of sexual battery by a person in authority, four counts of battery and one count of stalking. He’s accused of intimidating at least eight men in his Oakland Park patrol district into performing sex acts with him during traffic stops.” Ouch! Though Gay activist Michael Rajner said that “this is not an act that necessarily impacts the gay community,” I cringed when I read the headline: “Deputy accused of sexual abuse was fighter for Gay rights” Already the bigots have come out of the woodwork, flooding the Sun-Sentinel’s message board with hateful messages about all Gay men, based on the actions of one Gay man. Though Deputy Bleiweiss is of course innocent until proven guilty, his precipitous fall from grace robs our community of one more role model.

Role models are good to have around, but we cannot always depend on them. So we should be our own role model; and be the best Lesbian woman, Gay man, bisexual or transgender person that we can be.

Jesse Monteagudo is a South Florida-based freelance writer and gay activist. Write him at jessemonteagudo@aol.com.