We (and by “we” I mean “I”) are (am) proud to announce that my friend, Dan Vera, aka Managing Editor for White Crane, has been 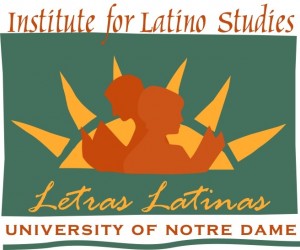 chosen as the awardee of the Letras Latinas / Red Hen Poetry Prize, for Latino poets who have already published at least one or two books of poetry. The inaugural judge for this prize was poet and Notre Dame professor Orlando Ricardo Menes.

Dan’s winning entry, slated for publication in 2013 is The Guide to Imaginary Monuments. In addition to his White Crane Journal and White Crane Books duties, Dan is a DC-based poet, and also the author of The Space Between Our Danger and Delight (Boethuk Books, 2008).

Two manuscripts were selected, and their publication by Red Hen Press will be spaced two years apart, to give Letras Latinas momentum to promote and publicize the winning books, its authors, this new literary series.

The second award was given to William Archila’s second book, The Gravedigger’s Archeology, which will be published in 2015. His first book was The Art of Exile (Bilingual Press, 2009), a book that speaks to Archila’s Salvadorean heritage and his immigration to the U.S. during the Central American civil war. He is based in Los Angeles.