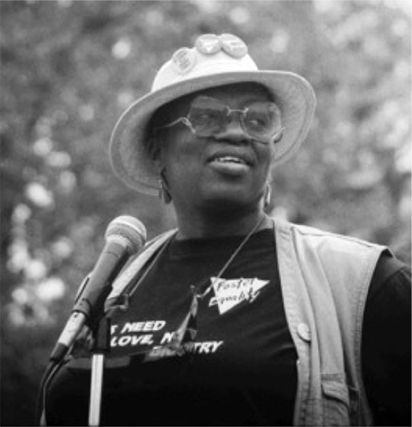 ANGELA BOWEN was born on this date, in Boston. Her father, Charles, died when she was 2. Her mother, Sarah Allen Bowen, was determined that her children succeed, which came into play when young Angela experienced a growth spurt at age 12 and began to stoop as a result.

Bowen, who in a varied and influential life was a dancer, a dance teacher, a scholar and a passionate voice on Lesbian, black and feminist issues, died  from complications of Alzheimer’s disease on July 12 in Long Beach, Calif. She was 82 and is survived by her wife, Jennifer Lynn Abod, said.

Dr. Bowen shaped countless young lives through the Bowen/Peters School of Dance in New Haven, CT which she ran from 1963 to 1982 with her husband at the time, Ken Peters. For the students, many of whom were black and came from less-than-affluent homes, the dancing they did was only part of the instruction.