Readers of White Crane and anyone with an interest in queer spiritual seeking are, by now, familiar with Mark Thompson as a writer and editor from his trilogy of books: Gay Body, Gay Soul, and Gay Spirit, recently republished by White Crane Books. If you read Gay Soul, you had to be struck immediately with the beautiful portraits of the men Thompson interviewed…not so many will be aware that Mark took these photos.

Bo Young:
I think most people, when they think of Mark Thompson, think of a writer, not a visual artist. When did you start taking pictures?

Mark Thompson:
Although I am not known for taking pictures, photography has always been a secret muse for me. I started taking pictures in high school. I attended a very progressive, artsy-liberal campus in Carmel, California, during the 1960’s where many alternatives were offered. I remember taking a photography class there, and one of my fellow students was Edward Weston’s grandson. Weston, of course, is one of the consummate photographers of the 20th Century. I greatly admired his work, and in fact could walk a short ways down to Point Lobos and see where he took many of his famous images on my favorites beaches. 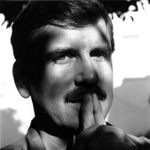 Also not too far from my school was the legendary Friends of Photography gallery where Weston’s peers such as Ansel Adams and Wayne Bullock showed their work. So, I was very inspired to frame and capture my own point of view.

Later, when I moved north to study journalism at San Francisco State University, I continued to take pictures — only now my focus was the burgeoning Bay Area gay liberation movement. Soon, I began my professional career as a journalist and editor at The Advocate, and the pen and tape recorder became my first tools of choice. Plus there were many other very

talented photographers on the scene. So I used my lens very selectively, photographing mentors and friends, rather than parades or protests which were then so abundant. Later I focused on documenting the Radical Faerie movement as they were the closest group I could find that mirrored my own hopes and dreams. The Faeries were my own authentic tribe.

The portraits that accompanied the interviews in Gay Soul were yours, too, weren’t they? Are these part of the Fellow Travelers work?

The portraits in Gay Soul (published in 1994) were taken by me to illuminate the speakers and their words. I am reusing six of my favorite images from that book in this collection of 15 “guides” — or gay elders, if you will — and dozens of never-before-seen color images of the Radical Fairies taken over a 15 year period. My black-and-white portraits of early AIDS activist and singer Michael Callen and photographer Robert Mapplethorpe are among the pictures that have not been previously exhibited.

What does the title “Fellow Travelers” mean to you?

“Fellow travelers” for me means being in the company of like-minded companions: Brave brothers who are building a community, moving forward together! It is also a sly reference to the use of the phrase during the early days of the Cold War when people who were accused of being communist sympathizers were dubbed “fellow travelers.” It was a coded word used pejoratively, so I wanted to redeem that and give it a more positive application for today.

So who are the fellow travelers?

Just about everybody who reads this magazine, who has ever attended a Radical Faerie gathering or a Gay Spirit Visions retreat, or has done anything to achieve healing and authenticity as a sublime, radiant, self-actualized and purposeful gay man who loves others like himself.

Well, we certainly hope so…but you haven’t taken pictures of everyone who reads this magazine (I’ll be out for my sitting!) Who are some of the fellow travelers in the book? 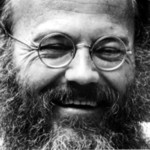 Fellow Travelers is divided into two sections: Guides and Tribes. Some of the iconic individuals, or “guides,” who have influenced or touched upon my life in significant ways include James Broughton, Ram Dass, Harry Hay, Robert Mapplethorpe, and Paul Monette. There are many others, of course. The Tribes section contains dozens of pictures taken at various Faerie gatherings held across Western lands during the 1980s and early ‘90s. Some of the images from the first Black Leather Wings Radical Faerie gatherings will probably be controversial to some readers.

The book concludes with powerful images of the Sun Dance and Kavandi rituals, which involves ritual body piercing. Not everyone may understand the cultural context for doing this and therefore be put-off. I hope not, as I do my best to explain the background of these ancient practices and their relevance to the gay men conducting them in the photos. As seen here, spirit and the flesh are truly one.

Each of the men portrayed here, in the Fellow Travelers exhibit and forthcoming book have created important legacies in the form of literature, art, recordings, and ongoing work that exists to enhance our lives. See these photographs as portals of discovery, rather than just black-and-white pictures. If a reader tries a Google search on each of these lives they will be amazed. Delve even further into the work itself and you will be illuminated, entertained, and in some way transformed — as was I.

My collection of photographs is not meant to be encyclopedic or encompassing, in any way, of the countless artists, teachers, and spiritual leaders of the gay men’s movement. Rather these are portraits of some of the men who helped to liberate me, personally.

As Edward Weston so profoundly illustrated, the universal is best captured in a grain of sand.

Mark Thompson is the author of many books, including Gay Spirit: Myth & Meaning from White Crane Books. Mark’s portrait show, Fellow Travelers, is currently showing in NYC at the GLBT Community Center and will travel from there to Washington, DC, Chicago and Philadelphia. Thompson can be reached at Markthompson52@aol.com