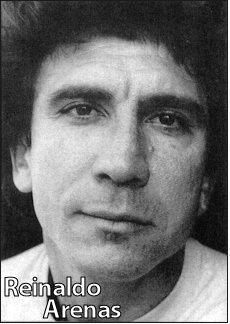 THIS DAY IN GAY HISTORY

Today is the birthday of Emperor Hadrian’s great love Antinous (110).

Today is also the birthday of Cuban poet, novelist & memoirist Reinaldo Arenas (July 16, 1943 – December 7, 1990.  Most known for his memoir Before Night Falls, about his childhood and life in Cuba, Arenas was also the author of over twenty books including his Pentagonia, a series of books detailing the secret history of post-revolutionary Cuba.  He emigrated to the United States in 1980 during the Mariel boatlife and lived in Miami for a short time before settling permanently in New York City.

Today is also the birthday of the great playwright Tony Kushner (1956) playwright Angels In America series.

"Mine is not an obedient writing. I think that literature as any art has to be irreverent.  And in a totalitarian system irreverence is punished."  Reinaldo Arenas

"Now, needless to say, after ten years, I have realised that an exile has no place anywhere, because there is no place, because the place where we started to dream, where we discovered the natural world around us, read our first book, loved for the first time, is a ghost, the shadow of someone who never achieves full reality. I ceased to exist when I went into exile; I started to run away from myself."    Reinaldo Arenas, Before Night Falls

"Well, I write and survive.  I am a dissident." – Reinaldo Arenas

Here’s a great little film featuring Reinaldo Arenas and those who knew him.

This disease will be the end of many of us, but not nearly all.  And the dead will be commemorated, and we’ll struggle on with the living. And we are not going away.  We won’t die secret deaths anymore..  The world only spins forward.  We will be citizens.  The time has come.
Bye now.  You are fabulous each and everyone.  And I bless you.  More life. The great work begins.
Tony Kushner, Angels In America Part II – Perestroika

This entry was also this day’s Gay Wisdom email.
Sign up today to get our emails on Gay History and Wisdom!