White Crane Books is reading submissions for an anthology to be edited by Bo Young and Steve Berman entitled:

IDOL THOUGHTS [a working title] will be a collection of   personal essays and short fiction (as patterned after the Lambda Literary Award-finalist CHARMED LIVES published in 2006 by White Crane Books) that offer Gay authors the chance to express their admiration for historical and literary Gay figures that have inspired them, motivated them, served as role models and muses. Whether it be Michelangelo or Andy Warhol, Lord Byron or James Broughton, John Grimes or Harvey Milk, there are many figures that reaffirm our cultural and artistic sensibilities. 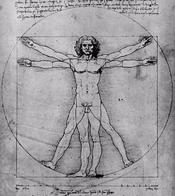 White Crane Books is an imprint of Lethe Press and is funded by White Crane Institute, a 501(c)(3) foundation, that promotes the study of the role of Gay men in the evolution of society, psychology, sociology, and practice of spirituality, ritual, and religion. Since WCI is a non-profit, the editors are asking authors donate their short work to the anthology rather than offering payment for one-time anthology rights. All contributors will received two [2] copies of the book and will have a copy donated in their name to a local Gay organization of their choice.

All submissions must be received by February 1st. The book is scheduled to release in 2008.

Bo Young is a publisher, journalist, editor, poet, and publicist. In addition to publishing White Crane Journal and White Crane Books, his writings appear regularly in White Crane, and have been seen in Fine Cooking, RFD, POZ Magazine. He is the author of First Touch (White Crane Press, 1998). He lives in Brooklyn.

Steve Berman edited the Lammie Finalist anthology Charmed Lives, as well as So Fey: Queer Fairy Fiction, and Magic in the Mirrorstone. His debut novel, Vintage, released to enthusiastic critical review, proved that readers enjoy good old fashioned boy-meets-ghost stories. A member of the Science Fiction Writers of America, he lives in southern New Jersey and has has sold over 80 articles and short stories of queer and weird fiction.