by Jesse Monteagudo
Tales from the Gay Outdoors 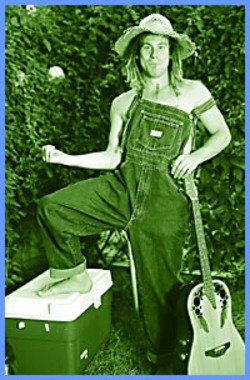 Gay, lesbian, bisexual and transgender people love camp, in both senses of the word.  According to CampGayUSA, there are over a hundred GLBT-owned or GLBT-friendly campgrounds in the United States alone. My own State of Florida has two popular gay campgrounds:  the Sawmill Camping Resort in Dade City and Camp Mars in Venus.  Most of the time, GLBT campgrounds were created with little or no controversy.  This is not the case of a camp established on Route 226 near Casar, North Carolina; one which bears the provocative name of Camp Lickalotta.
Camp Lickalotta is the child of Nancy Leedy and Joanie Beasley, two business and life partners who describe themselves as “unabashed environmentalists, Christians and lesbians.”  According to the Camp Lickalotta Web site, “our dream is to establish a LGBT Campground for adults in Western North Carolina that is earth-friendly.  A SAFE place, where ALL who come are welcome to enjoy camping in a non-threatening environment. Where they can relax in nature.” According to an article published in the Gaston Gazette (a local paper), Leedy said that she and Beasley chose the name Lickalotta because their goal is to “Lickalotta prejudice,” “Lickalotta pollutants” and “Lickalotta pessimism.” To these ends, the women rented space at the straight-owned Golden Valley Campground, and planned to inaugurate Camp Lickalotta with the first annual Bushstock, a women’s music festival, on May 16-18. Leedy and Beasley planned to use the money raised at Bushstock along with public donations to buy land for a permanent Camp Lickalotta. 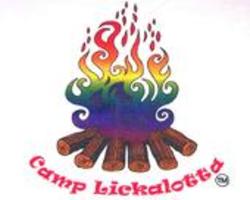 Unfortunately, Leedy and Beasley reckoned without the residents of their Bible Belt community. When the women tried to attend services at nearby churches, they were told to leave outright or to attend early, less-attended services. When news about Camp Lickalotta spread around the community, the neighbors were outraged. They complained to Golden Valley owners Joe and Lynn Hoyle, threatening to keep themselves, their children and their grandchildren away from the camp if the Hoyles allowed the dykes to stay. Though Leedy and Beasley expected a fight – they knew what they were getting into when they picked the name Lickalotta – Mr. and Mrs. Hoyle caved in. According to a letter that they wrote the women, the Hoyles “decided that the best thing for all parties involved is for [the camp] to find another place to host their events. This also means that Nancy Leedy and Joanie Beasley will have to find another campground to park their camper.” The Hoyles also complained that the women promised that Bushstock was going to be a “family-oriented” festival, not the “adults-only” event that it eventually became.
Perhaps Leedy and Beasley were foolish to make their intentions so blatantly clear, and to give their Camp a name that served as a red flag for the local bigots. But the Hoyles were wrong to cave-in to local pressure, out of fear, greed and prejudice, even as they claimed that “there has never been any dispute between any of these parties related to or arising out of the sexual preferences of Joan [sic] Beasley and Nancy Leedy.” “Joe and Lynn have a strong commitment to the citizens,” said the Hoyles’ lawyer, O. Max Gardner III, “and would never knowingly and willingly take any actions that would do anything to tarnish the image of this area with respect to our high moral standards and commitment to traditional family and religious values.” Beasley and Leedy were only given seven days to pack and leave Golden Valley, under the protection of the local sheriff’s office. Undeterred, the women found a new location for Bushstock and are working hard to find a new home for Camp Lickalotta. We wish them all the luck. 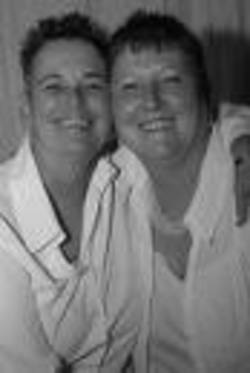 Whatever you might say about the wisdom of their methods, Joanie Beasley and Nancy Leedy were clearly in the right. More controversial are the Gy and bisexual men who, since time immemorial, have used public parks and preserves for sexual activity. In the Dutch city of Amsterdam, long-known as a center of sexual liberty, men have sought sexual satisfaction in the city’s Vondelpark, around the rose garden (or so I’m told). Recently the City government shocked conservatives there and elsewhere when they moved to allow public sex in the Park. (However, most of the complaints came not from moralists but from dog owners, who still have to keep their dogs on leashes.) Even so, City Alderman Paul Van Grieken defended their decision, asking “why should we impose a rule on something you can’t impose a rule on?  Moreover it isn’t a nuisance for the other visitors and gives a lot of pleasure to a certain group of people.”  Cruisers are still expected to pick up their used condoms and other trash, stay away from the children’s playground and limit their sexual activities to night hours. The Netherlands Police National Diversity Expertise Center asked other cities to follow Amsterdam’s example, noting that it would free the police to deal with more serious matters, such as anti-gay violence. The Dutch approach to park cruising is sensible, reasonable and humane, which means it will never be adopted in the Untied States.
Jesse Monteagudo is a freelance writer and Gay American who lives in South Florida with his life partner.  Write him a note at jessemonteagudo@aol.com.