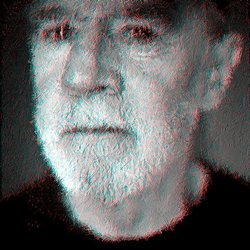 A lot has been written about George Carlin’s passing.  He was a brilliant comic but also an astounding wordsmith and a constant champion, in his own way, for the rights of people’s freedom. He was also a fierce cultural critic who loved pointing out the absurdities of dogma, whether political or religious.

Since he was a far-ranging cultural commentator, I was curious to see his take on gay people and went searching for any of George Carlin’s takes on Gay people and found an interesting interview he gave to the New York Times about playing one of those "Gay neighbor" roles for the movie "The Prince of Tides."

"He was written as an out-of-the closet Gay," said Mr. Carlin, speaking by telephone recently from Cincinnati, where he was preparing to give a stand-up comedy performance. "The stage direction said ‘flamboyant,’ I think. At any rate, I knew he wasn’t a Marine drill sergeant trying to hide his Gayness. The challenge was how to be a Gay man acting effeminate but not be a cartoon or a stereotype."

That challenge raised touchy questions for a comedian who has made a career out of scathing social and political commentary. Would the actor be playing into the hands of homophobic viewers? "I have a position on that," Mr. Carlin said. "That sort of behavior is part of the reality among some Gay males. At times it’s exaggerated, depending on mood or the company. To banish the behavior is to punish it. Unless the behavior can be seen as O.K., then you’re burying it."

Much easier, Mr. Carlin, said, was Eddie’s comic delivery. "I’ve always admired Gay humor," he said. "It’s bittersweet, bitchy, to-the-point and honest. So that was already in me somewhere."

Carlin also famously took on the absurdity of some of the Catholic church’s positions: 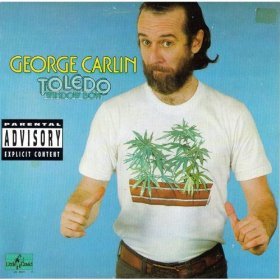 But most stunning of all my finds was an old comedy bit that Carlin did WAY BACK in 1973.  It can be found on his Toledo album and is just pretty stunning given the time. Keep in mind, this is five years after Stonewall and still the early 70s. Carlin was headlining huge comedy tours and was at the top of his game.

On the track called "Gay Lib" Carlin gives his insights into what that means to him at the time and then tears apart the "unnatural" and "abnormal" arguments against homosexuality by first arguing for Gays as an understandable evolution and then (stunningly) giving a description of what certainly sounds like a backroom encounter to argue for its normalcy. Here’s how it went:

"Gay Lib.  Now interestingly, here is an attempt by a hooked down and kind of persecuted minority to insist on their place rightfully, and their treatment rightfully, without it having anything to do with ethnic or religion or anything! It’s really an exciting separate part of liberation. …Sometimes we, if we’re younger, we react to that in a way that we’ve been schooled. Then you kinda get your chops, and you get things okay and you understand and it’s all right to be able to talk about that. Here’s what I mean.  The word "homosexual," many people who aren’t in the position to having to decide this, they wonder:

Now those two words seem to revolve around it. Now let’s look at those words for what they are…

"Natural." Hey. Means "according to nature." Is it according to nature? Well…probably not in the strictest sense because nature didn’t presuppose it. Nature only gave us one set of sexual apparatus. A girl’s got something for the guys, a guy’s got something for the girls. [low laughter in the crowd] As it is now, a homosexual is forced to "share" the apparatus that the opposite sex is using on this person. Certainly if nature was in command there’d have two sets of goodies. So nature was not ready. We leaped past nature again in our sociological development, way down the road ahead of nature.

Is it normal? Normal? Well what’s "normal?" Well, let’s see.. if you’re standing in a room, stripped, and it’s dark, and you’re hugging a person and loving them and rubbing them up and down, and they’re rubbing you, and you’re rubbing together and suddenly the light goes on and it’s the same sex, you’ve been trained to go

But if felt okayy…. So maybe it was normal without being natural. (crowd laughs strongly)

Again, given the times, it was a very pro-Gay acceptance message.

One thought on “George Carlin RIP”