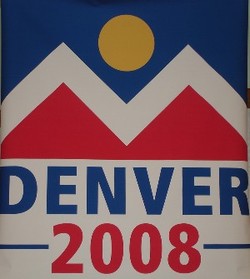 Does it bother anyone else that it was announced today that the Denver Police Department has prepared massive holding tanks to hold those they arrest for demonstrations during next week’s Democratic National Convention?

Aren’t public demonstrations what conventions are all about? What massive protests are the Denver police expecting? Is there a large group of people who intend to protest Obama in the same peaceable fashion hundreds of thousands protested Bush’s nomination in 2004 here in New York?

I guess if the protesters were able to become sponsors, they could go inside the convention and have a little booth.

Is the only "free speech" left in this country "paid commercial speech"?