Today the National Minority AIDS Council (NMAC) honors National Latino AIDS Awareness Day (NLAAD). Held annually on October 15, the final day of Hispanic Heritage Month, NLAAD helps raise awareness about the disproportionate impact of HIV/AIDS in Latino communities throughout the United States and its territories. “The importance of National Latino AIDS Awareness Day cannot be overstated,” says NMAC Executive Director, Paul Kawata. “Like all minority communities, Latinos have experienced increases in HIV infections related to a myriad of social determinants, including lack of access to health care, education and housing.” Indeed, updated HIV incidence data released by the Centers from Disease Control and Prevention (CDC) in August revealed that Hispanics accounted for 17 percent of new infections in 2006, even though they represent only approximately 13% of the U.S. population.

NMAC’s encourages everyone to visit the NLAAD website to find out more about local events honoring the day. NMAC has assisted in raising awareness about HIV/AIDS in Latino communities in several ways. The opening plenary of the agency’s annual United States Conference on AIDS, held this past September 18-21 in Fort Lauderdale, FL, focused on the Latino AIDS crisis. Facilitated by Univision and the Kaiser Family Foundation, with support from the Latino Commission on AIDS, the plenary featured a special screening of the first HIV/AIDS-related Spanish language public service announcement (PSA) targeting Latinos called “Soy” ("I am"). The PSA will debut on Univision and its affiliatestoday. (For more information about Soy, go here.) 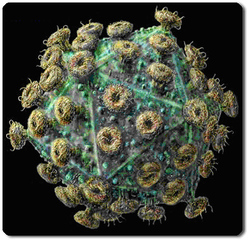 “We are dedicated to attaining better data to assess the impact of the HIV/AIDS epidemic in Latinos communities, particularly in Puerto Rico,” says Ravinia Hayes-Cozier, Director of NMAC’s Government Relations and Public Policy Division. “The revised CDC numbers are a great place to start in this discussion, but did not include Puerto Rico. This represented a rather major elision, in light of the 11,000 people known to be living with HIV/AIDS on the island. NMAC was further disheartened to learn that the CDC recently announced that it will not be funding Puerto Rico to use the new HIV tracking technology that generated the updated data in the first place.”

To ensure that all Latino communities are included in future HIV incidence and prevalence reports, NMAC and its People of Color AIDS Partnership partners – including Asian & Pacific Islander Wellness Center, The Balm In Gilead, The Black AIDS Institute, BIENESTAR, National Association of People with AIDS, National Black Leadership Commission on AIDS, and National Native American AIDS Prevention Center – are working on a paper about the AIDS epidemic in Puerto Rico for release in 2009.

For more information visit www.nmac.org or click on any of the related links provided above.