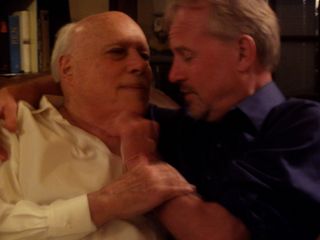 The Rainbow Key Award was created to recognize individuals and organizations whose efforts have significantly benefited the Lesbian and Gay community, and since 1993, has been bestowed upon more than 70 artists, educators, activists, civic leaders, and community organizations. The Award is presented by the City Council on the recommendation of the Lesbian and Gay Advisory Board. Nominations may be made by anyone, and nominees may labor in any area of endeavor; eligibility is not restricted by geography or sexual orientation.

The 2009 Rainbow Key Award for significantly benefiting the Lesbian and Gay community will be presented to White Crane friends and advisors Canon Malcolm Boyd and Mark Thompson by the City of West Hollywood at a civic event on June 17. The Lesbian and Gay Advisory Board of West Hollywood cites the couple for "showing by example that Gay, intergenerational partnerships can be stable, loving and long-lasting." This year marks the couple's twenty-fifth anniversary.