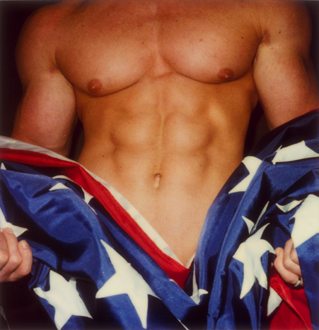 I get more than a little tired of the oft-heard complaint  that someone or other “wants their America back”…as if some horrible change had transformed this country. Aside from how ridiculous the comment is (which America do they want back? The one where we had rampant racism? Where women weren’t allowed to vote? Where we had slavery or no electricity in the rural areas of the country?)

So I was more than a little pleased to read this list, for which I give my gratitude to my old friend David Mixner [http://www.davidmixner.com/]:

I want the America back…

– Where guns and bullets were used to put food on a hungry family’s table and not for creating policy or building power.

– Where religion was in the forefront of fighting for civil rights and not fighting against them.

– Where dialogue in the Congress of the United States was respectful and conducted with dignity.

– Where corporate leaders took great pride in building great economic institutions to create jobs instead of buying them, tearing them down and putting people out of work to make a quick profit.

– Where we had ticker tape parades for great pioneers and achievements and not just sports teams.

– Where a person could serve their country and run for office without being personally destroyed.

– Where a citizen could get sick and recover without having to declare bankruptcy.

– Where music didn’t incorporate hate and advocate killing anyone and instead was used to bring people together and inspire.

– Where we cared for our rivers, mountains and the environment and expanded our parks and wilderness areas as sources of national pride.

– Where many Republicans at one time were advocates for civil rights and civil liberties.

– Where advocating love and peace was an honored position and didn’t mean you were weak or powerless.

– Where our elderly were revered and taken care of with dignity.

– Where our children could attend our institutions of learning without being screened for guns or drugs.

– Where we were proud of our education system and we were number one in the world because of it.

– Where we had money and insight to explore the new frontiers of space refusing to limit our knowledge.

– Where religion was a personal belief and not a principle of public policy.

Please feel free to add your own in the comment section.