Gavin Creel…from Broadway's HAIR…sings about Going to D.C. for the GLBT March 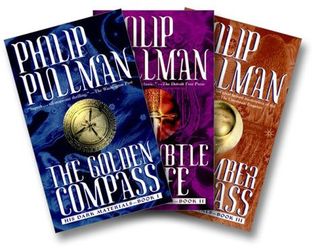 Philip Pullman, the irrepressible agnostic author who scandalized Christians for portraying the church as evil in his His Dark Materials series and for bragging that his books are about "killing God," is, thankfully, at it again.

He tells the Guardian this week that the title of his next release is The Good Man Jesus and the Scoundrel Christ and it will explore "the dual nature of Jesus." Scoundrel Christ will "provide a new account of the life of Jesus, challenging the gospels" by charging that the apostle Paul's large influence on the New Testament was mostly a bad thing: "Paul was a literary and imaginative genius of the first order who has probably had more influence on the history of the world than any other human being, Jesus certainly included," says Pullman. "I believe this is a pity."
And best of all, he intends to right this grievous error by releasing his promising-sounding book next Easter. Pullman, who last year pronounced himself delighted that the His Dark Materials trilogy was one of the most "challenged" series in America's libraries, boasts that thee most requests for removal from the shelves are because of its "religious viewpoint".
We imagine you'll be hearing more about this.

Misconduct with Adults More Common Than Previously Thought; Occurs Across Many Religions, Denominations

Baylor University's School of Social Work today announced that findings from the nationwide study of the prevalence of Clergy Sexual Misconduct (CSM) with Adults have been accepted for publication later this year in the Journal for the Scientific Study of Religion. The findings come from questions included in the 2008 General Social Survey (GSS), a widely-used and highly-respected survey of a random sample of more than 3,500 American adults conducted by the National Opinion Research Center. Respondents were asked if, since turning 18, they had ever been the object of a sexual advance from a religious leader. The responses were used to establish a statistically reliable baseline for discussions about CSM with adults.

The findings suggest that the prevalence of Clergy Sexual Misconduct with Adults is higher than many people realize and that it occurs across denominations and religions.

"Because many people are familiar with some of the high-profile cases of sexual misconduct, most people assume that it is just a matter of a few charismatic leaders preying on vulnerable followers," said Dr. Diana Garland, Dean of the School of Social Work at Baylor University and lead researcher in the study. "What this research tells us, however, is that clergy sexual misconduct with adults is a widespread problem in congregations of all sizes and occurs across denominations. Now that we have a better understanding of the problem, we can start looking at prevention strategies."

The study found that 3.1 percent of adult women who attend religious services at least once a month have been the victims of clergy sexual misconduct since turning 18. To explain another way, in the average U.S. congregation of 400 adult members, seven women, on average, have been victimized at some point in their adult lives.

"This is the largest scientific study into clergy sexual misconduct with adults. We hope these findings will prompt congregations to consider adopting policies and procedures designed to protect their members from leaders who abuse their power," said Garland. "Many people – including the victims themselves – often label incidences of clergy sexual misconduct with adults as 'affairs'. In reality, they are an abuse of spiritual power by the religious leader."

Funding for this research project was provided by the Ford Foundation, the Christian Life Commission of the Baptist General Convention of Texas and the JES Edwards Foundation of Fort Worth, Texas.

For more information on the full research project, visit the study web site, which includes a project overview, case studies of clergy sexual misconduct survivors, and other information. OK…I'm in love with both of these people.

Apparently a security camera caught security guards confronting a gay couple after they kissed on the LDS plaza in Salt Lake City, Utah, on July 9, 2009. YouTube processed this file at double speed and shows a group of Mormon goons in suits arguing with Matt Aune and Derek Jones before handcuffing them. Charges against Aune and Jones have since been dropped.