A group of religious conservatives, ever vigilant for another group or entity at which to wag a collective, scolding finger, have ratcheted up rhetoric aimed squarely at PepsiCo for its alleged support of "the homosexual agenda."

The American Family Association, which has been promoting a boycott of Pepsi since January, said in a statement Tuesday it has secured more than 500,000 signatures from those pledging to stop buying Pepsi products, which include soft drinks, salty snacks, juices and oatmeal (as if there were anything less wholesome than oatmeal, for chrissake).

AFA's beef with Pepsi is for what it calls the company's financial support of groups promoting the "homosexual agenda." AFA points to two gay-rights groups in particular: Human Rights Campaign and Parents, Families and Friends of Lesbians and Gays, better known by the acronym PFLAG.

PepsiCo didn't respond to queries about the boycott, or whether it donates to these groups. But it does note on its website that it earned a top score, 100 percent, in HRC's 2009 Corporate Equality Index, an annual measure of gay-friendly employment policies. PepsiCo achieved the same score in the 2010 index, along with 305 other companies, according to HRC. PFLAG notes on its site that PepsiCo is among its corporate sponsors.

AFA will continue the boycott for as long as PepsiCo continues to support "a lifestyle that is extremely unhealthy and dangerous," said the group's president, Tim Wildmon, in a statement.

The Pepsi boycott seems to be having some effect within the Christian conservative community. Last month, the Westboro Baptist Church, of "God hates fags" fame, protested in downtown Atlanta with signs that read "God hates Diet Pepsi."

Oh…and we should still tax "juice drinks" and soda as a means to support universal healthcare. 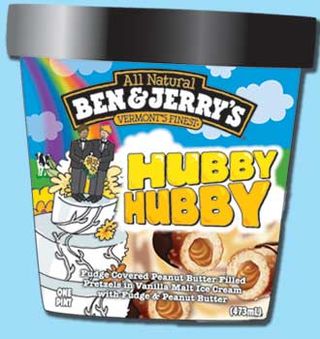 Leave it to Ben & Jerry's…In partnership with Freedom to Marry they gathered to celebrate Vermont and all the other great states where loving couples of all kinds are free to marry legally.
They have ceremoniously dubbed their iconic flavor, Chubby Hubby to Hubby Hubby in support, and to raise awareness of the importance of marriage equality. 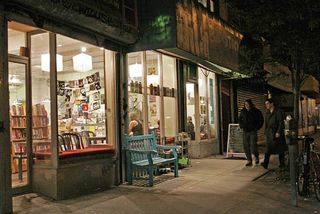 Join the NYC Circle of Radical Faeries for an evening of readings, ritual, high drag and magic! Celebrate the 35th anniversary of RFD,

the digest of the Radical Faerie community.

Saturday, May 30th at BLUESTOCKINGS 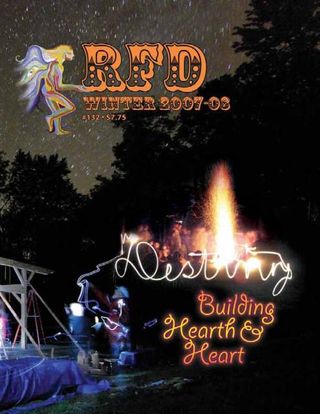 The current issue explores the relationship between the Radical Faerie's ritual practices and Starhawk's Reclaiming Collective. It includes articles on the life of Faeries and Witches in the 1970', 80's and 90's
as well as meditations on the current practice of Faerie Ritual. Rare back copies from the last 35 years of quarterly publication will also be available for sale.

By car: If you take the Houston exit off of the FDR, then turn left onto Essex
(a.k.a. Avenue A), then right on Rivington, and finally right on Allen, you will
be very, very close.

As anyone who is familiar with White Crane knows we don’t do advertising. We only run displays for people, goods, products and services that are in keeping with our educational mission. So…the Heinz company (the ones that do ketchup here) sells mayonnaise in Great Britain…and they were running this ad (which, alas, they’ve just pulled…apparently it really upset Bill O’Reilly.) We think it deserves to be seen. And you might write Heinz and let them know how much you like it, too:

After I posted this, Heinz or someone went in and added a "CENSORED" plate just at the point the two men kiss. I managed to find the original, which is now here. Apparently Heinz is saying that the idea isn’t to represent a same-sex couple with children, but that their mayo turns any mother into a "Brooklyn deli man"…whatever.

The story keeps changing: Now, apparently, a few Members of Parliament are demanding that Heinz restore the advert. As they say in Britain: brilliant.

We spent the Thanksgiving weekend in the Berkshires at the dreamy Dream Away Lodge. Daniel Osman has kept the magic happening for ten years now, and if anyone is ever in the area (Becket, MASS) it is well worth a drop-by. Good food, good music and more kitsch than you can shake a martini shaker at.

Shrimp, crab, lobster, clams, mussels, all these are an abomination before the Lord, just as gays are an abomination. Why stop at protesting gay marriage? Bring all of God’s law unto the heathens and the sodomites. We call upon all Christians to join the crusade against Long John Silver’s and Red Lobster. Yea, even Popeye’s shall be cleansed. The name of Bubba shall be anathema. We must stop the unbelievers from destroying the sanctity of our restaurants.

Deuteronomy 14:9-10 says:
9 These ye shall eat of all that are in the waters: all that have fins and scales shall ye eat:
10 And whatsoever hath not fins and scales ye may not eat; it is unclean unto you.

The heat, at least on the East Coast, has finally broken and it was like getting hit on the head with a hammer…it felt so good when it stopped! Saturday, all we wanted to do was get outside. We threw open all the windows, turned off the air conditioners and headed for the greenmarket at Grand Army Plaza where it looked like most everyone else had the same idea. Along with some peaches the size of baby heads, I was surprised to find beautiful rhubarb! I know now I should have bought more, but I took two pounds of it, imagining my Great Aunt Stella’s rhubarb compote that she would pour over ice cream.

That’s what I made with it, along with a nice strawberry-rhubarb-orange pie. Just chopped up a pound of the red stalks (that my local grocer asked whether it was "red celery"…which should tell you something about my local grocery options) and added some candied ginger, the chopped up rinds of one orange and a little orange juice and some lemon juice and simmered it until the rhubarb just gave up and collapsed into this rosy red puree. Cool it off and find some vanilla ice cream and it’s summer in a bowl.

Speaking of bowls, we picked up our friend, Dr. Ron, his two toddler children, and headed up to the New York Botanical Garden to check out the Dale Chihuly show installed there. What a delight!

I live two blocks from the Brooklyn Botanic Garden (note: which is called "Botanic" and the other is called "Botanical"…not sure if there is a difference or someone is just splitting hairs on us there) so I am sort of spoiled when it comes to gardens and botanic(al) ones, in particular. I couldn’t believe, first of all, how much bigger the NY Botanic Garden is. It must be twice the size of the Brooklyn one. Of course, the Brooklyn Botanic has the Brooklyn Museum sitting right in the middle of it, and directly across Flatbush which transects it on the north side, is Olmstead’s own favorite jewel, Prospect Park. So it’s all a matter of perspective, really. But the NY Botanical garden is a treat to behold.

A tad more expensive, too, but I suppose if I was a member, like we are in Brooklyn, I wouldn’t have noticed. Entry fee was $6 for adults, but $20 a head to see the Chihuly, which, in retrospect, I don’t really understand since you could probably have just paid the $6 and still seen all the Chihuly’s as they are placed all through the park in the most public of places, as well as in the divine Enid Haupt Conservatory.

Nonetheless, the glass show is, after a while, an "Alice in Glass Wonderland" experience. We walked to the Rockefeller Rose Garden with a forest of blue glass balls and spires, and on to the immense greenhouses, with exquisite, floral bowls.

Then, five-year-old and three-year-old in tow, we went back through the old forest woods where we stopped to demonstrate the helicopter-esque aerodynamic properties of maple tree seeds by tossing them off the eyebrow bridge in the middle of the woods, and on back to the Conservatory.

We ended up having to run through the Conservatory as it was close to closing time. But that was probably the most spectacular display, with huge blown globes of colored glass floating amidst the reeds and towering in the Conservatory among the palms. We were told that on Thursday nights, from six to nine, all the pieces are illuminated. Stunning.