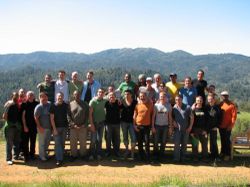 Not to brag or anything…but we were a busy Institute this weekend.

We alternate the academies between the west coast and the east coast to make attendance and subsequent networking easier. And, you know…we get bored easily.

We invite you to visit the GMHLA blog set up by the Academy alums. And even more importantly, consider attending. We’re moving Gay Men’s Health into the 21st Century.