The California Supreme Court has ruled in favor of gay marriage. My friends in the Castro went out dancing to techno music and kissed every god damn cute Gay boy on the streets. In my head I 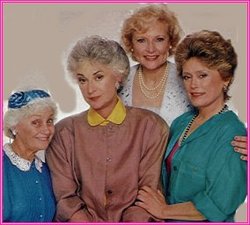 kept thinking what a long way have we come! the Castro was the sight of radical organizing and now we just want our picket fences and marriage licenses. Donot get me wrong, in the midst of all the horrible news that is circulating on this planet, the marriage news did bring me moments of joy and sense of victory. However the very next second I wondered what does it mean for me? an immigrant brown fag, who lives with his best friend of 12 yrs and shares the meagre economic resources that we can muster up in the wake of rising gas prices!

I ask for all of us to rethink what we desire by applying for the marriage licenses? ask our mothers if they have thoroughly enjoyed the institution of marriage? ask the "Golden Girls" if marriage would bring them any real economic benefit.

Two years ago i was invited to join a collective of activists, cultural workers, academics, funders and attorneys from the Queer movement, and we agreed to publicly challenge the narrowness of the marriage debate, and relocate the entire debate in flexible kinship networks and demanding for an retrenchment of the neo-liberal economic policies, that forces us to imagine the only safety net we can build for ourselves is via marriage. Below find the Executive Summary, and the link to the entire statement.

Beyond Same-Sex Marriage: A New Strategic Vision For All Our Families and Relationships

The time has come to reframe the narrow terms of the marriage debate in the United States. Conservatives are seeking to enshrine discrimination in the U.S. Constitution through the Federal Marriage Amendment. But their opposition to same-sex marriage is only one part of a broader pro-marriage, “family values” agenda that includes abstinence-only sex education, stringent divorce laws, coercive marriage promotion policies directed toward women on welfare, and attacks on reproductive freedom. Moreover, a thirty-year political assault on the social safety net has left households with more burdens and constraints and fewer resources.

Meanwhile, the LGBT movement has recently focused on marriage equality as a stand-alone issue. While this strategy may secure rights and benefits for some LGBT families, it has left us isolated and vulnerable to a virulent backlash. We must respond to the full scope of the conservative marriage agenda by building alliances across issues and constituencies. Our strategies must be visionary, creative, and practical to counter the right’s powerful and effective use of marriage as a “wedge” issue that pits one group against another. The struggle for marriage rights should be part of a larger effort to strengthen the stability and security of diverse households and families. To that end, we advocate:

Ø   Legal recognition for a wide range of relationships, households and families – regardless of kinship or conjugal status.

Ø   Access for all, regardless of marital or citizenship status, to vital government support programs including but not limited to health care, housing, Social Security and pension plans, disaster recovery assistance, unemployment insurance and welfare assistance.

Ø   Separation of church and state in all matters, including regulation and recognition of relationships, households and families.

Ø   Freedom from state regulation of our sexual lives and gender choices, identities and expression.

Marriage is not the only worthy form of family or relationship, and it should not be legally and economically privileged above all others. A majority of people – whatever their sexual and gender identities – do not live in traditional nuclear families. They stand to gain from alternative forms of household recognition beyond one-size-fits-all marriage. For example:

·     Children being raised in multiple households or by unmarried parents

·     Adult children living with and caring for their parents

·     Households in which there is more than one conjugal partner

·     Care-giving relationships that provide support to those living with extended illness such as HIV/AIDS.

The current debate over marriage, same-sex and otherwise, ignores the needs and desires of so many in a nation where household diversity is the demographic norm. We seek to reframe this debate. Our call speaks to the widespread hunger for authentic and just community in ways that are both pragmatic and visionary. It follows in the best tradition of the progressive LGBT movement, which invented alternative legal statuses such as domestic partnership and reciprocal beneficiary. We seek to build on these historic accomplishments by continuing to diversify and democratize partnership and household recognition. We advocate the expansion of existing legal statuses, social services and benefits to support the needs of all our households.

We call on colleagues working in various social justice movements and campaigns to read the full-text of our statement “Beyond Same-Sex Marriage: A New Strategic Vision,” and to join us in our call for government support of all our households.

One thought on “Reviving the spirit of Beyond Marriage!”