I was sad to read that Bea Arthur passed this weekend. Over the years I've heard rumors that she was a Lesbian, and it isn't hard to believe. But I don't know it for a fact. It would fit, though, with my remembrance of this strong, smart, brave woman. I had personal history with her.

In 1976 I moved to Los Angeles from San Francisco, where I had just been "the naked guy" in Clint Eastwood's The Enforcer. I had no lines, but because I was required to be naked in the scene, I was given my Screen Actors Guild card, the holy grail for a budding actor. Much to my chagrin, you won't find me in the credits, but I'm the naked guy on the bed in the scene when the bad guy, whose being chased by Dirty Harry, falls through the skylight and crashes into the midst of a porn movie being shot. My mother was so proud. All I see when I watch it now is that I once had a beautiful head of hair.

But I digress…I moved to Los Angeles (as crew with A Chorus Line, another story), and, as is my wont, got involved with SAG union activities. I was serving on the SAG Morals & Ethics Committee in 1977 when Anita Bryant announced that she was bringing her pitiful, small-minded ignorance, intolerance and fear to California in the form of support for State Senator John Briggs' Proposition 6, the Prop 8 of the day, that would have forbid Gay people…or any of their supporters…from holding teaching jobs in California. Nice, huh?

I decided that the Screen Actors Guild needed to be the first industry union to come out against Prop 6, and that the only way to accomplish that was to get some big star power to appear before the Morals & Ethics Committee and demand it. 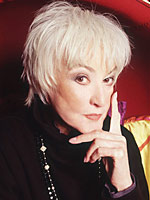 Enter Bea Arthur. Ms. Arthur had just made a splash in Norman 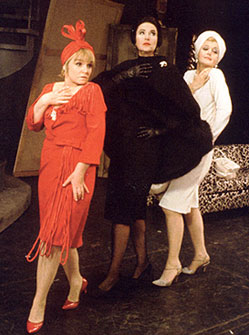 Lear's Maude, and would receive the first of two career Emmy's (the other for Golden Girls) that year for her groundbreaking work as the title character. On television, there just wasn't a bigger star. And if the only role she'd ever played was Vera Charles opposite Angela Lansbury in Mame, she would forever be a star in my firmament, (and opposite Lucille Ball in the film even if Lucille Ball was miserably miscast).

But I digress, again…It was just about this time of the year that I sat down and wrote a letter to Ms. Arthur, outlining my idea. I mailed the letter and didn't think anything more about it. It was a shot in the dark.

Weeks later, May 16th was my birthday, and I was getting ready to go out on the town with friends. Literally, just as we were heading out the front door, the phone rang (cell phones were still a Dick Tracy fantasy…I could still decide whether or not I was going to stop and answer). I picked up, said hello, and heard the unmistakable, gravelly contralto of Bea Arthur,

"Is Bo Young there?"

"Speaking," I said, my heart pounding out of my chest, my wide eyes popping out of their sockets as I pantomimed to my friends at the door, who were wondering what was going on.

"Well hello," she growled on, "I just wanted to let you know that I received your letter and I wanted you to know I'll do whatever you want me to do."

To which I responded, with breathless gratitude, "Oh god bless you Ms. Arthur!"

To which she responded, "What's this 'god bless you' shit?…I didn't sneeze."

The surprise was finding out, later, just how shy a woman this powerhouse actor was. When I met with her she insisted that I write something for her to say when she came before the committee because she was sure she would become tongue-tied and not be effective. Maude. Not effective. Right. She did everything I asked, just as promised, to perfection. Reading my lines to the committee, which immediately came through with the required vote, which then went on to the larger Steering Committee of the Screen Actors Guild, which was the first industry union to oppose the Briggs Initiative. As a result I was brought into the campaign as "assistant state press secretary" to Sally Fisk.

Later, I had cause to call Ms. Arthur again, to see if she would appear at a fundraiser we were holding for No On Six. Unbeknownst to me, she had undergone a face lift just weeks before, and as a result her face was still puffy and black and blue.

She still had bandages on her face, albeit small ones…and she appeared at our fundraiser.

She said it was more important than what she looked like.

That's the kind of person Bea Arthur was.