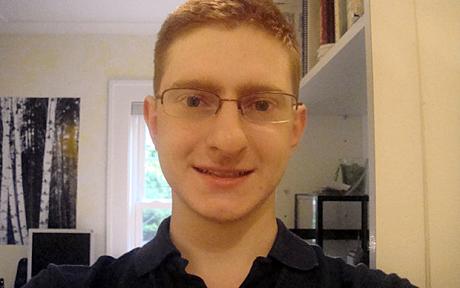 I've been reflecting on the recent news coverage of gay teen suicides for a week now. While for those of us in the queer community, where the knowledge of teens committing suicide as a means of escaping the daily psychological torture of coming to grips with sexual identity is nothing new, it seems the mainstream media have finally caught on to this very serious problem.  But why now?  Why not 40-50 years ago in the infancy of the American gay liberation movement?  Why not 30 years ago during the peak of the AIDS crisis coverage?  Why not 12 years ago when the Trevor Project started?  Why are gay teen suicides finally getting mainstream national media attention?  Because we're finally starting to see the overwhelming change in social attitudes required to shift mainstream thought to be inclusive of gay people in general, and the deaths of these young people are catalyzing that change.  I know the phrase "paradigm shift" has been used ad nauseum since Thomas Kuhn wrote his book The Structure of Scientific Revolutions in 1962, but that premise still holds true.  It takes years for a change in society to really take hold of people, and what I think we're seeing in this news coverage is a huge step forward not just for acceptance but more importantly for inclusion in the larger social fabric of the nation.

In this very year we have seen the transcript from the Prop 8 trial, and the ruling of Judge Walker in that case which held that the proponents of this proposition had no defensible reason to support the exclusion of gay people from the institution of marriage.  What little evidence they presented was unsupported by history or fact, and their expert witness (of which there was only one) was basically rejected as unqualified to actually comment on the matter at hand.  It was abundantly clear that the sole motivation of proposition 8 was to oppress a sexual minority for no good reason.  Even members of the Church of Jesus Christ of Latter Day Saints, who were instrumental in the campaign to support proposition 8 are looking back at the division and strife that they have caused and it is driving them to tears.  I have no doubt that as the wheels of the judicial system continue to grind away, that this and all other state constitutional amendments that discriminate against gay and lesbian couples will be erased as a thing from a less enlightened time.

Also in this very year we have seen Bishop Eddie Long, Ted Haggard, and many, many others.  These men, a product of a conservative ideology that says that homosexuality is sinful and wrong, have worked diligently to uphold that worldview, even unto the suppression and utter destruction of their own self-identity.  The lives and well-beings of gay people everywhere have been dramatically influenced by people like this through religion and politics.  These are gay men  who live in denial, believing that their lives are wrong, that we must continue to support the heterosexual relationship as the only type of relationship that matters.  But in secret, their hearts pull them elsewhere, and they turn to abusing themselves, others, or both.  Ultimately we get fire and brimstone from these bully pulpits, where they push their own self-hatred outward to others, forcing more gay people and their families to experience the same pain and conflict that they are feeling.  Again, there is no defensible reason for this, and ultimately these structures will change both from within and from without.

It's these very outre political and religious statements against homosexual people that have brought to light the gay teen suicides.  It took a political campaign the size of prop 8, the national conversation that surrounded it, the trial that brought out the facts behind the prop 8 supporters, exposing the hypocrisy of the political and spiritual leadership who wrangled it into being and seeing the emotional damage that it caused, for people to finally realize that anti-gay speech and actions are a devastating practice that can drive young people to suicide.  When your state tells you that you don't deserve the same rights as other people, when your minister tells you you're going to hell for what you feel, when you believe no one around you feels the same way you do and calls you names for what's inside of you, when you fear what may happen to you if you share this secret with your own family, is it any wonder that you would become isolated, downtrodden, lonely, despairing and feeling that there is no hope left.  Suicide seems like the only option.  It is a tragedy, and one that has sadly been repeated for a very long time, long before these most recent notable deaths.

But the fact that these suicides, which under any other circumstance would have been the story in a local newspaper if that, have been taken up by the mainstream media like CNN and the New York Times, to me that says there has already been a change.  Poll numbers in support of gay marriages are rising.  Important religious figures are taking a stand and changing the tone in the church and calling their faith traditions on their stance.  Don't Ask, Don't Tell is on the brink of repeal.  The teen suicide stories have sparked a number of celebrity campaigns to speak out against anti-gay bullying including the star studded "We Give A Damn" campaign and the more down to earth "It Gets Better" campaign onYouTube.  Anderson Cooper called out a Michigan Assistant Attorney General for stalking and cyber bullying the openly gay president of the U of Mich student council in a hate filled blog.  All of these stories combined tell me that we are already living in a different time, and that there is no turning back any more.  The American public is finally looking critically at homophobia and its disastrous consequences, and it is only a matter of time before we have a sea change of public opinion.