I recently saw Mark Doty accept the National Book Award in Poetry for his book Fire to Fire: New and Collected Poems (Harper Collins).  During his acceptance speech Doty thanked his husband Paul; they

were recently married in Massachusetts. Like Augusten Burroughs’s memoirs, and David Sedaris’s humor, Mark Doty’s poetry appeals to all readers regardless of sexual orientation. Needless to say, it is a great distinction for an out Gay poet to be honored, not as an "American Gay poet," but as an American poet, period. Doty’s honor was well-deserved. (He is, by the way, also the judge for the 2008 White Crane James White Poetry Prize, the winner of which will be announced in the spring issue of White Crane.)

Doty’s NBA acceptance speech was one of the most inspirational I have seen or heard in quite a while. Unfortunately, I had to go to the National Book Awards Web sit to see and hear Doty’s acceptance speech, and those of the other NBA winners. That is because, unlike awards ceremonies honoring movies, recorded music, television or theater, literary awards are never televised, except perhaps on C-SPAN (which, as the saying goes, “nobody watches”). The fact that literary awards are almost never televised is an indication of literature’s low standing in modern American society, gay or straight. While the major networks know that broadcasting the Oscars, the Grammys, the Emmys or the Tonys will win them large audiences, televising the National Book Awards would almost certainly be a ratings disaster and, even worse, drive away the advertisers.
There was a time, before recorded music, movies, radio and television, when literature was our culture’s most popular art form. Great writers like Voltaire, Goethe, Scott, Byron, Hugo, Dickens, Zola, Tolstoy and Mark Twain were celebrities in their own right, and their lives and loves enthralled the public the way that the antics of Britney Spears or Lindsay Lohan do today. Today, of course, we have a wide variety of media to give books and their authors stiff competition.  Books have to compete with movies, television and recorded music for the public’s time, money and interest, and books generally lose. Only a few writers dominate bestseller lists and make fortunes from their works. J. K. Rowling (Harry Potter), Stephenie Meyer (Twilight), TV preacher and homophobe Rick Warren (The Purpose Driven Life) and, of course, Barack Obama are just four names in an all-too short list of popular and successful writers. 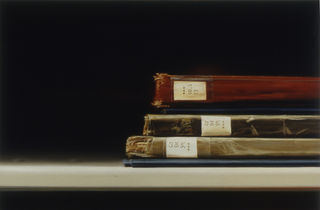 For generations of Gay men, Lesbian women, bisexuals and transgender people, books were an important part of the coming out process. Books like Malcolm Boyd's Take Off the Masks, Radclyffe Hall's The Well of Loneliness, Donald Webster Cory's The Homosexual In America, Christine Jorgensen’s Personal Autobiography, Rita Mae Brown's Rubyfruit Jungle or Patricia Nell Warren's The Front Runner, helped many of us come to terms with our own sexual or gender identity.
Sadly, interest in books and writers is not what it used to be, not even in the GLBT community. For many years GLBT bookstores served as de facto community centers. Today, there is only one GLBT bookstore left in Florida, Lambda Passages in Miami. Wilton Manors, Florida’s leading “gayborhood,” has many types of stores on Wilton Drive, but no book store. And while book reviews are still a major part of such publications as White Crane, the Lambda Book Report, the Gay & Lesbian Review and the online Books to Watch Out For, most mainstream GLBT publications have dropped their book columns altogether for lack of interest. (Most mainstream journals, Gay or straight, have done the same.)
At their best, books are an important part of our lives: they educate us, they entertain us, they enlighten us, they inspire us. Unlike most media, books do not require expensive equipment (unless you consider reading glasses to be “equipment”). Long before other media deigned to notice us, books spoke to us and about our lives as GLBT people. And books will continue to do so (I hope) when the other media are long gone. So I urge you to support good Gay books, writers, literary journals, book stores and book clubs, for they give us so much in return.
Jesse Monteagudo is a South-Florida based freelance writer and Gay book buff.  Write him and express your views at jessemonteagudo@aol.com.