Year end always seems to be the time to reflect and remember and I have been doing a little of that myself, lately. The subject that commands my attention the most, once I've drawn my jaw-gaping attention from the parade of bad economic news and stories of self-centered, over-consuming greed, is "the media" and the very real economic problems that face all media, us included, as the internet (which we obviously use to some advantage ourselves) and the concommitant loss of revenue this means for print media in particular and older media in general.

Most mornings I sit with my coffee and my New York Times and scan the pages, usually starting with the obits…the Irish Sports Pages, as my grandmother would call them…the headlines, letters to the editor, the business section, the show biz stories, and finally, folding my C-section — the location of the holy, the beloved crossword puzzle that I have worked every day for the past 32+ years — into the  now reduced (since the Times has cut the size of their pages) quarterfold.

Early in the week I knock that off even before I go off to work; from Thursday on, I carry it with me through the day as my companion for the down moment, the inbetween transit from place-to-place, lest I be caught with nothing to do but stare into space. It is finished, of course, every day. Always in pen, and with specifically prescribed lettering…capital letters only. And no…I don't want any help, thank you very much. The crossword is my own personal pleasure. It is a meditation and I do that alone. I am often told, when I complain that a New York Times is unavailable to me as I travel, that the puzzle…my puzzle…is available on line and I just have to give the benighted person a smile and, controlling my urge to laugh in their face, simply explain that, "No, it's just not the same."

Now, we are told, people get their news here…on line…and are no longer going to print media as much, causing many of the old gray newspapers, in many a city to not just fold into quarters, but fold altogether

and disappear. Worse, the newspapers that tend to remain are "NewsLite McPapers" with graphs and four color illustrations (you know who you are!) that take give predigested, reader's digest compendiums of "news" that, rather than connecting the reader with his community, tending to put it all at a sanitized distance when it isn't using "news" to scare us all into stupor or submission.

This is a serious problem I think…and I don't care if I am showing my age by saying so. I can't imagine my world without that moment of solitude with newsprint in the morning, the cat stalking me behind the curtain of paper, attacking the corners of the section I'm reading and demanding attention. 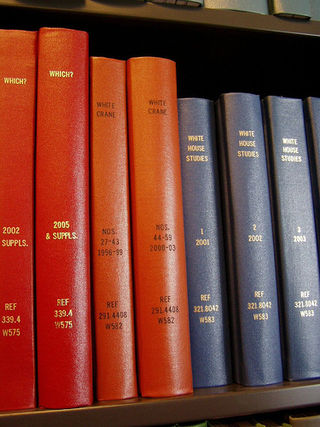 Of course, I am also a publisher of a magazine and, again, people often ask me, when I explain how the costs of publishing have continued to climb, making the production of White Crane more and more costly to produce…they ask me "have you ever considered just doing it on line?"…and of course, we do publish a portion of every issue on line. And, again, controlling my urge to laugh in their face, I patiently explain.."No. It's just not the same."

If there is anyway that we will be able to continue to produce the "hard copy" as it is now referred to, I swear we will. In my heart, to say nothing of my head, there is something critically important about the creation of an actual document, something tangible that you hold in your hands…something that university and municipal libraries collect and bind into leather bindings. Especially for Gay material…and by Gay material, with all due respect for populism, I do not mean OUT magazine, or The Advocate…but I do mean publications like our own and the Gay & Lesbian Review … as examples.

I'm not saying there isn't a place for popular entertainment. I like and need my fluff as much as the next person (though I really don't care what Paris Hilton is up to…ever.) But beyond that, and somewhere in between that and the fussy papers of academia, there has to be a place for the writings of a community that is still trying to come to terms with itself. And do so in some way other than simply trying to "fit in," assimilate and not cause waves. When I came out 35 years ago, the only place I could find any reference to myself was in the dictionary, under "homosexual"…and a sorry definition it was, too. It is important that some young person, going to their bookstore, or a library find something other than that…see themselves in print and be able to hold onto it for a moment…for as long as they need to hold on to it.

I know the same wringing of hands went on when television came along…and probably when radio arrived…about the loss of something valuable in the glare of something new. Television was going to kill radio. And didn't. The internet is going to kill newspapers. And it won't. Radio still manages to remain relevant and though even I have bought a Kindle (I carried 47 books on the plane with me this past weekend…could have carried more than 2000 if I wanted…no bookshelves to dust, either)…nevertheless I will always buy hardcover books. I might become more selective about what I buy and what I want to care for and store. But I will still buy them.

And so it is with the newspaper and magazine. You will never catch me doing my NY Times crossword on my Kindle…even though it is available on it, every day, for less than I pay to have it delivered to my front door (in the blue plastic bag that is immediately recycled into dog poop duty!…what would I do with out that!?) It just isn't the same thing. My fingers will always be stained with the ink of the C-section, and there will always be a pen in my pocket to do the puzzle.

And we will always publish White Crane if I have anything to say about it. And you will be able to hold it in your hands, and save it on a shelf, and take it down and reread it and share it with your friends and family and community.

As we enter our twentieth year of publishing…we promise you that.