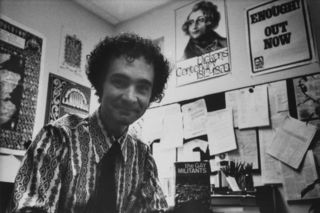 G. Donn Teal, one of the founders of the Gay Activists Alliance (GAA) organization in late 1969, died February 3, 2009 after a long illness. He was 76 years old.

On February 23rd 1969, his pro-Gay New York Times article, "Why Can't 'We' Love Happily Ever After, Too?" appeared: a protest against the "doomed misfit/sinner" stereotype of American Gay men and lesbians in film, on stage, and in literature. The article provoked great response, and was followed on June 1st by "Why Record Homosexual Anguish?", a Times review of A&M Records' original-cast recording of Mart Crowley's play "The Boys in the Band."

More importantly, he wrote the first history of the Gay liberation movement, "The Gay Militants" (Stein &

Day, 1971; St. Martin's Press, 1995), as well as articles in The Advocate, Ovation, Musical America, and other magazine and newspapers, notably the Village Voice, in which appeared "Straight Father, Gay Son: A Memoir of Reconciliation" on June 26, 1978; the article was later republished under Mr. Teal's nom de plume, Roger Forsythe, in Ralph Keyes' 1992 collection for HarperCollins, Sons on Fathers.

Donn was one of the co-founders of the Gay Activist Alliance (GAA), the organization that was the main exemplar of that revolution, and, unfortunately today too many people have forgotten about GAA, Donn was so modest that not many people ever thought of him as a founder of GAA, but he was one of the original 13 wo started it in December of 1969.

Let us remember, then, that this is year is not only the 40th anniversary of the birth of the Gay Liberation Front (GLF) and of the Gay Activist Alliance and hence of the Gay liberation movement, that critical phase of Gay, Lesbian, Bisexual and Transgender civil rights movement that put us on the map for all time.

One thought on “Every Elder Lost is a Library Lost…”