A beautiful presentation of Sacred Stories. 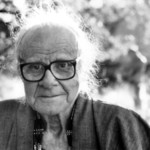 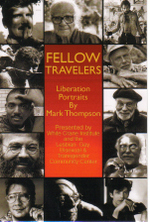 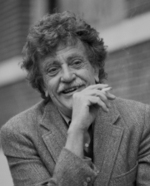 He wasn’t a Gay man. Sardonic I think would be the word. Mordant. And while he wasn’t Gay he did suggest that the next best thing was to go into the arts if you wanted to annoy your parents….if you didn’t have the guts to be Gay.

Kurt Vonnegut died last night at the ripe old age (a phrase he embodied…I mean, look at that picture…) of 84.

In my life Kurt Vonnegut work played an integral role — not unlike one of his own fictional characters — in my coming out to say nothing of his writing’s effect on me as a reader and my imagination.

When I first told all my family that I was a gay man, the responses ranged from thoughtful to ignoring it to 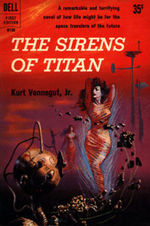 loving and embracing. Probably one of the most interesting responses, though, was my brother Tom’s comment, in writing, that his thoughts on the subject of homosexuality were formed by none other than Mr. Vonnegut. In his books, famously in the estimable Slaughterhouse Five, and earlier in The Sirens of Titan, Vonnegut had invented the planet Tralfalmadore. Tralfalmadore actually appeared regularly, as did the character Kilgore Trout. It would be easy to simply go down the Swiftean rabbit hole of Kurt Vonnegut’s imagination, and get lost in his invented worlds which he used to talk about the world we live in.

But back to my brother Tom…

Tom explained to me…because somehow it had escaped me…that on the Planet Tralfalmadore, it took all kinds of people to make babies…it took men and it took women…it took gay men and it took old women…it took four dimensions and it happened in a continuum of Time that was incomprehensible to mere Earth people. That made sense to my brother…so he just added that if I was happy, it was fine with him. And, for all intents and purposes, we never spoke of it again.

Here’s the quote from Slaughterhouse Five:

One of the biggest moral bombshells handed to Billy by the Tralfalmadorians, incidentally, had to do with sex on Earth. They said their flying saucer crews had  identified no less than seven sexes on Earth, each essential to reproduction. Again: Billy couldn’t possibly imagine what five of those seven sexes had to do with the making of a baby, since they were sexually active only in the fourth dimension.

I would, now, have to take issue with the assumption that the highest good that humankind can aspire to is the making of babies. I think even Mr. Vonnegut, a father of seven himself (four of his own…three of his brother’s that he took in when his brother and his wife died within days of one another) would agree. But there was a time when that was the poser for me: if the purpose of heterosexuality was the continuation of the gene pool…then was there any purpose to homosexuality?

Of course, in true Kilgorean fashion, I came to realize, as every Traldalmadorean surely knew, that if the purpose of straight people was to continue the gene pool, then our purpose as Gay people was to make sure it was Olympic-sized, with nicely marked lanes, and big, warm, color-coordinated towels.

We’re not the "quantity-of-life" people…we’re the "quality-of-life" people. And Vonnegut proves that this is not an impossible concept for straight people to grasp. If they can get past their own navel-gazing…I am reminded of another great writer, Joan Didion, who seems to have imagined that she has invented grief and loss and death in her Year of Magical Thinking…they might find that Gay people have something to bring to the table other than more mouths to feed and more consumers to use…just as we always have, across cultures, throughout time of however many dimensions.

Kurt Vonnegut was one of the treasures of my youth. He enabled me to look at this planet Earth from another point of view. An absurdist one, at times…but this is a world that needs a vision of, nay, an appreciation of, the absurd. Reading his work is a rite of passage, I think, still. I hope his work will live forever…surely Slaughterhouse Five will stand alongside One Flew Over The Cuckoo’s Nest and Catch-22 as literature from the late 20th century that will inform generations to come. This was a wise man. Here is some of his wisdom: 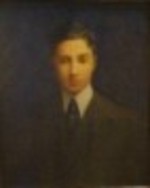 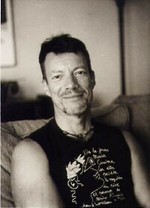 White Crane is proud to announce that Charmed Lives: Gay Spirit in Storytelling is among the 14 finalists for the 2007 Lambda Literary Foundation’s Lammy Awards. Charmed Lives is nominated in the anthology category. 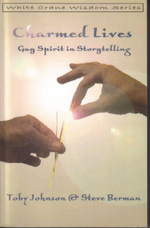 The nominees for Anthology are:

Charmed Lives is the first book in the White Crane Wisdom Series.

We’re proud to be among such distinguished company and accomplishment.

The awards will be announced on May 31, 2007 at the Lambda Literary Awards Ceremonies in New York City. Visit the Lambda Literary Foundation’s website to see the full listing of nominees and finalists. Among them are many White Crane Contributors including bear activist,  Ron Jackson Suresha, actor/playwright, Tim Miller, historian and biographer, Stuart Timmons, and theologian, Daniel Helminiak.

Warm congratulations to all the nominees and finalists.